A few news items for y'all:

First of all, my first five clips (after the really old rock-paper-scissors clip that's licensed for free distribution) are now $2.00 off, or at the minimum allowed price, whichever is greater. Happy Thanksgiving.

Now, the bad news... or rather, the whiny gripe. As you know, I'm new at this, an amateur learning his way around, which means I'll make mistakes. One of the things I dislike most about my early clips is the audio... they were taken using the camera's built-in mic, which sucked. So for my latest shoot, I went out and bought a nice shotgun mic. It came with a fuzzy thing called a "wind sleeve" or something like that. Silly me, I figured that meant it was supposed to be used when filming in windy conditions, so for my indoor shoot, I left it off. Turns out that without it, even the slightest camera movement makes a big loud clicky sound. Sigh. I'm hoping I'll be able to clean up the audio a little, because with the exception of that one problem, this is some of the best material I've gotten.

But don't take my word for it. Here's a nice long 6-minute promo for a game from that shoot. Enjoy. 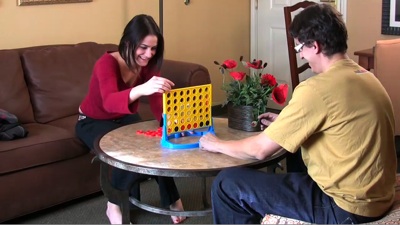 For the true fans, there's a high definition version of this promo on the Clips4Sale store. It probably won't stay there for long (I feel funny about charging for promos), but it's there if you want it. The version here is licensed for free distribution -- please post it far and wide -- but the one on Clips4Sale isn't.
Posted by Red at 4:16 PM 29 comments:

Yet another promo from the new shoot

Meet new girl Paris, standing next to Ashley and Addie. This promo is presented in full 720p high definition, the first footage I'm releasing that way, so enjoy. 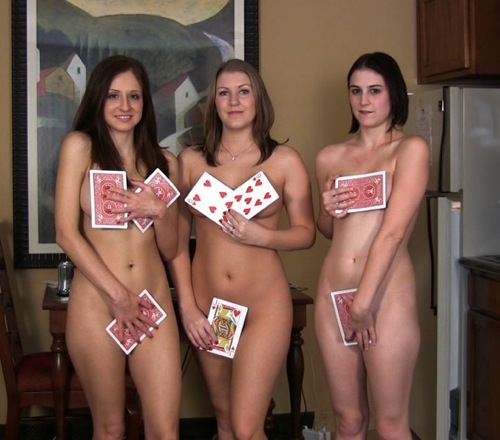 (Those oversized playing cards were a great investment.)
Posted by Red at 9:12 AM 9 comments: