Thanks to everybody for your help yesterday. I was able to use a lot of people's suggestions. More details later, but for now, here's another picture of Madison. She looked very short-haired in her last picture. She's not. 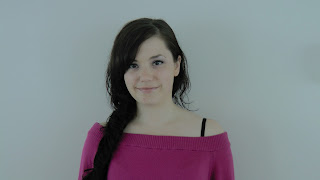 And here's her opponent for the evening, James: 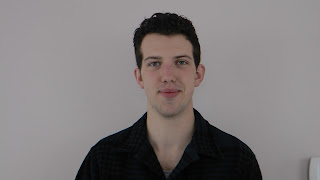 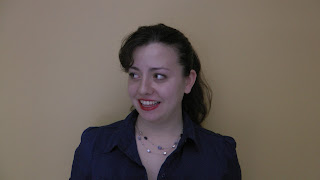 She promised me that her menfolk wouldn't get too riled up if she appeared in a non-stripping role, so for my sake I sure hope she's right since she was our designated spanker and designated stripper for one of the games.  Thanks, @Riggins!

First of all, Happy National Surprise Drug Test Day! Although I suppose if it falls on a Sunday, they move it to the following Monday.

Second, meet a couple of new girls. First is Paige: 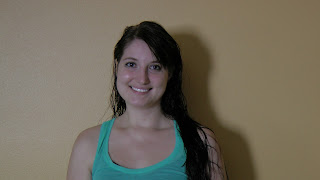 Her hair's a little wet because she just got out of the shower. Why was she in the shower? Oh, I don't know... probably there was some reason. Paige is a sweet Southern girl, tall and lean with great curves. She's got just the barest hint of an accent, which comes out more strongly when she's nervous.

I don't mean to give Paige short shrift, but I don't know as much about her as I know about her opponent, Madison: 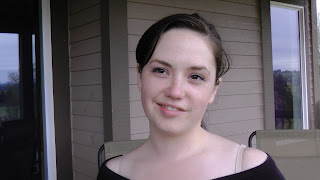 Madison is a total amateur who's never been naked on camera before. She's a friend of Delilah, who's Johnny's new girlfriend. Delilah loves the idea of posing for LostBets.com, but her male relatives have made some fairly specific promises as to what would happen to us if her nude body ever appears on our site, so that's out. Instead, she did the next best thing and talked her friend (and one-time lover) into playing.

They played five games, all of which I think turned out pretty well, with forfeits ranging from the fairly tame (singing a song about how everyone can see her boobs) to the not-so-tame (Sybian ride). Their first game was to be published as Episode 338, but that seems like an awfully long time to make you wait. I'll probably have it jump the queue.

Which brings me to the request for help.

Madison is coming back for a second helping tomorrow. Well, technically, it is tomorrow. She's coming back later today. And this time her opponent isn't another young lady, it's a young gentleman. Originally, there was supposed to be another girl involved too and I was looking forward to my first GGB game of Earth and Fire, but that kind of fell through which means that most of my plans are scratched and I'll be starting from scratch. That's where you come in. One boy, one girl, what forfeits should they risk? I've got a few ideas but want to know what you guys think. Before you ask, they've both said they won't do any butt stuff.

A fan by the name of BD Suit twigged me to these. They're great: they're the most barely-there bottoms it's possible to wear. I doubt anyone would want to wear one in public who wouldn't want to be totally nude in public, because that's about what they will be. In today's update, Episode 322, two girls find themselves experiencing that nightmare. Enjoy. (Might be just a little bit late.)
Posted by Red at 3:38 PM 13 comments:

The agony of da feet

So today's update, Episode 331, features foot worship. I'm a bit short of time and don't have a lot to say, so here's a foot-related joke. A guy has an appointment with a urologist, but he accidentally walks into a podiatrist's office instead. The nurse instructs him, "Go behind that curtain and stick it out through the hole in the curtain," so he does. The nurse squawks, "WHOA! That isn't a foot!" The guy says, "I'm so sorry, I didn't know there was a minimum!"
Posted by Red at 5:51 PM 4 comments:

All over the Internet

Today's update features two teams: Amber and her friend Zoe, and Belle and her friend Alexander. It's Strip Air Hockey, and the losers are exposed to the entire Internet, with their naked pictures published for all to see. Want to see them? Of course you do. Here's a download link. Enjoy, and feel free to heighten the embarrassment of the poor losers by spreading them far and wide. I want complete strangers to do double-takes when passing them on the street and think, "hey, that person looks familiar."