I'm sure a lot of you will get the title of this post without needing to resort to Google.

Episode 343 publishes today. Billy attempts to get his revenge on Candle and Ashley for the ungentle treatment he received in Episode 337. Does he succeed? Watch and see.

Still falling behind in blog and email replies. I'll catch up soon, hopefully.
Posted by Red at 4:09 PM 29 comments:

So I've been kind of AWOL for the last couple of weeks. Folks who've been here awhile know that this happens to me from time to time. I can't really say why, but it's certainly not because I'm on a top-secret government mission, regardless of what you might have heard. Ignore any rumors. Apologies to those who've been waiting for email and blog replies; you'll get them eventually.

Last week's update featured Paige returning to face off against first-timer Katie. If you've been waiting to see Paige play again against Madison, don't worry, it'll happen. And it'll be good. We'll see more of Katie, too... and we'll also see Paige and Katie playing against hawt compact redhead Hollis, whom we haven't seen in awhile.

Finallu, news of a recent shoot. I'd mentioned that Amber was interested in returning, and got an enthusiastic response. Well, she did come back, and she brought company. First, there's Patrick: 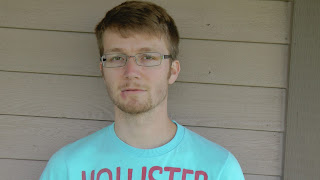 Patrick is a veteran... not of LostBets.com, but in the more literal sense, having served in Iraq. I certainly don't want to get overly political here (and I know that war provokes strong feelings) but I'm profoundly grateful to him and to everyone who undergoes the enormous risks and sacrifices associated with military service. I'm also glad he assumed the lesser but still-substantial risks of a LostBets.com shoot. It wasn't without price.

And then there's Jennie, with her hair in her face: 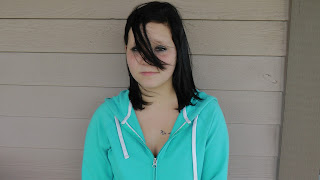 Jennie was born in December 1994, which if you do the math makes her a bona fide Barely Legal. She's also never been naked on camera before, which isn't all that surprising since she hasn't had time to do much of that sort of thing. She was nervous but excited. Did she have beginner's luck, or was she fated to expose all? Wait and see.