Blog post early this week, because I'm going on vacation and won't be here on Friday to post it. I'll be gone for a couple of weeks, which means that replies to blog comments or emails might be delayed. Absolutely nothing new about that, but at least this time I've got a reasonable excuse.

The title of this post is in reference to next week's POV, Episode P052. 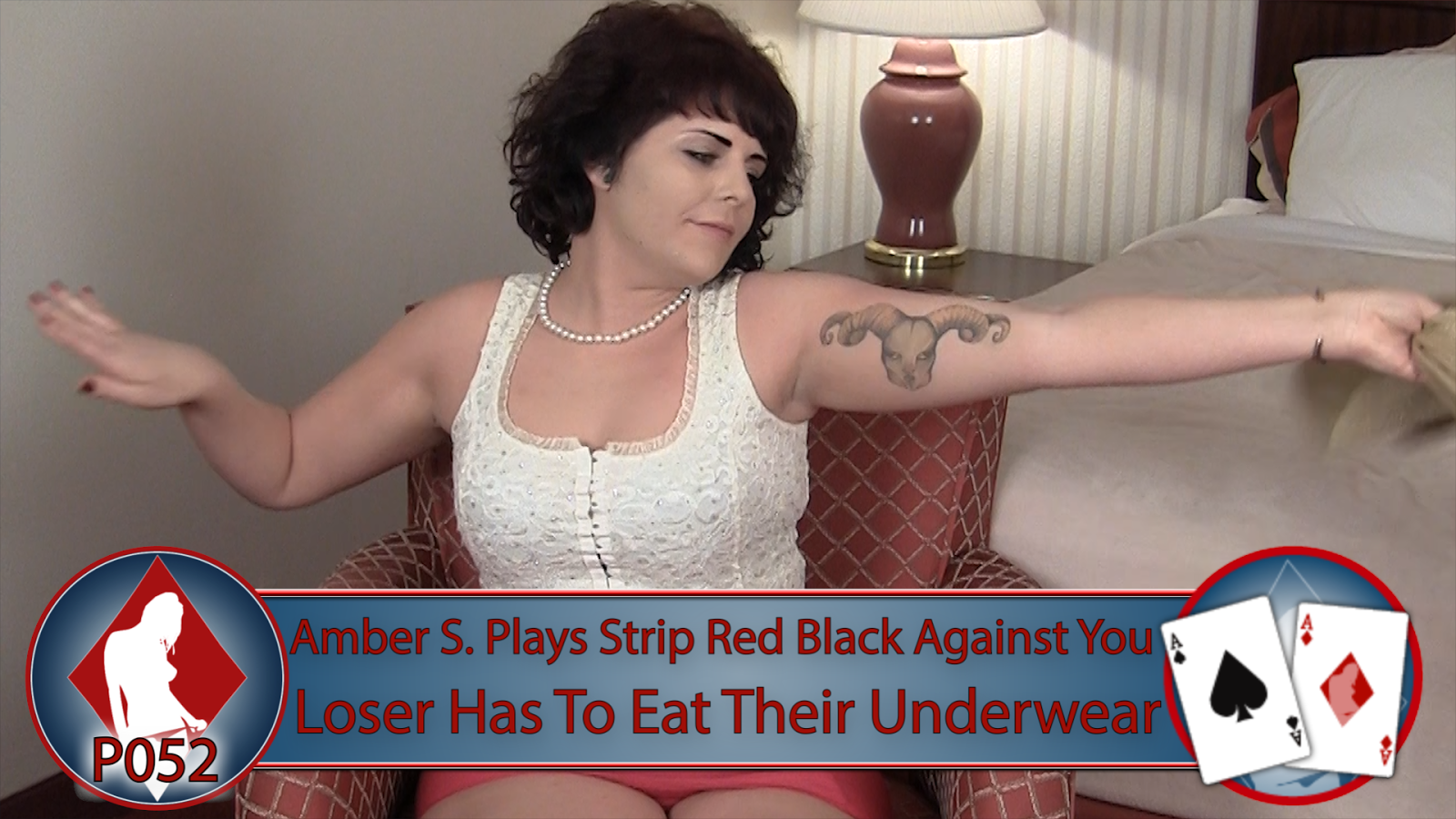 It's not exactly sexual, but it sure is embarrassing. I like Amber S. I wouldn't describe her as the absolute most beautiful girl we've ever seen, but she's still beautiful and she does not want to lose. If you've ever fantasized about taking a tough, cocky girl down several pegs, you'll like her too.

I've promoed forthcoming episodes up to 453, which brings us to early March. 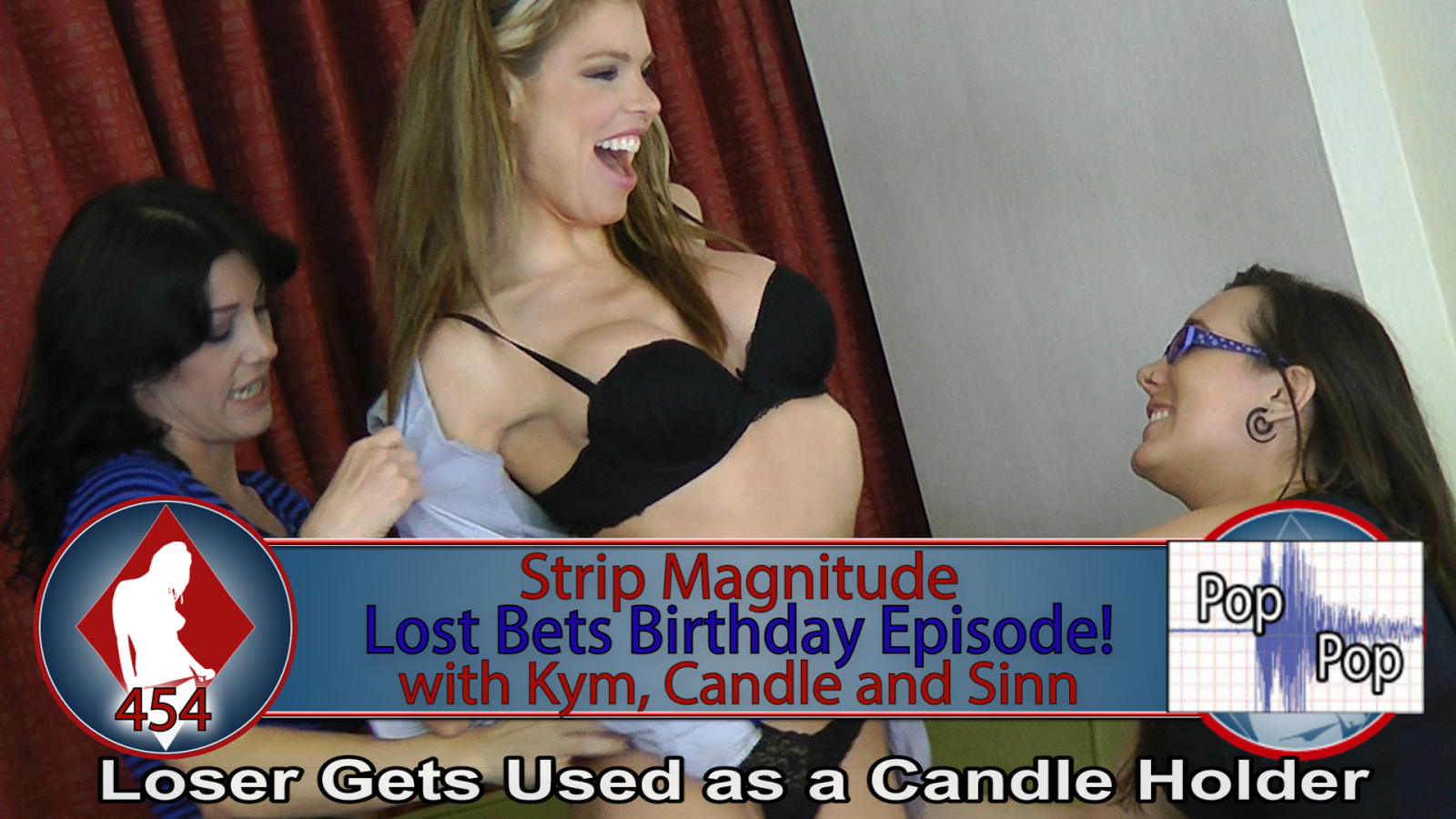 Episode 454 is a special episode in celebration of LostBets.com's birthday. It stars Kym, Candle, and Sinn... not exactly blushing amateurs, but great girls with great personalities and great bodies. They're also all big fans of lesbian sex, so they were very keen to play Magnitude. They were all looking forward to it, although all expressed certainty that they could never be forced to orgasm against their will. Girls always say that when I explain the rules of Magnitude/Earth and Fire. They're rarely correct.

The caption, by the way, says "Loser gets used as a candle holder" (for the singing of the birthday song.) Take a guess as to just where they hold those candles.

And next comes Episode 455. Did someone say, "More hardcore, please?" Here you go. 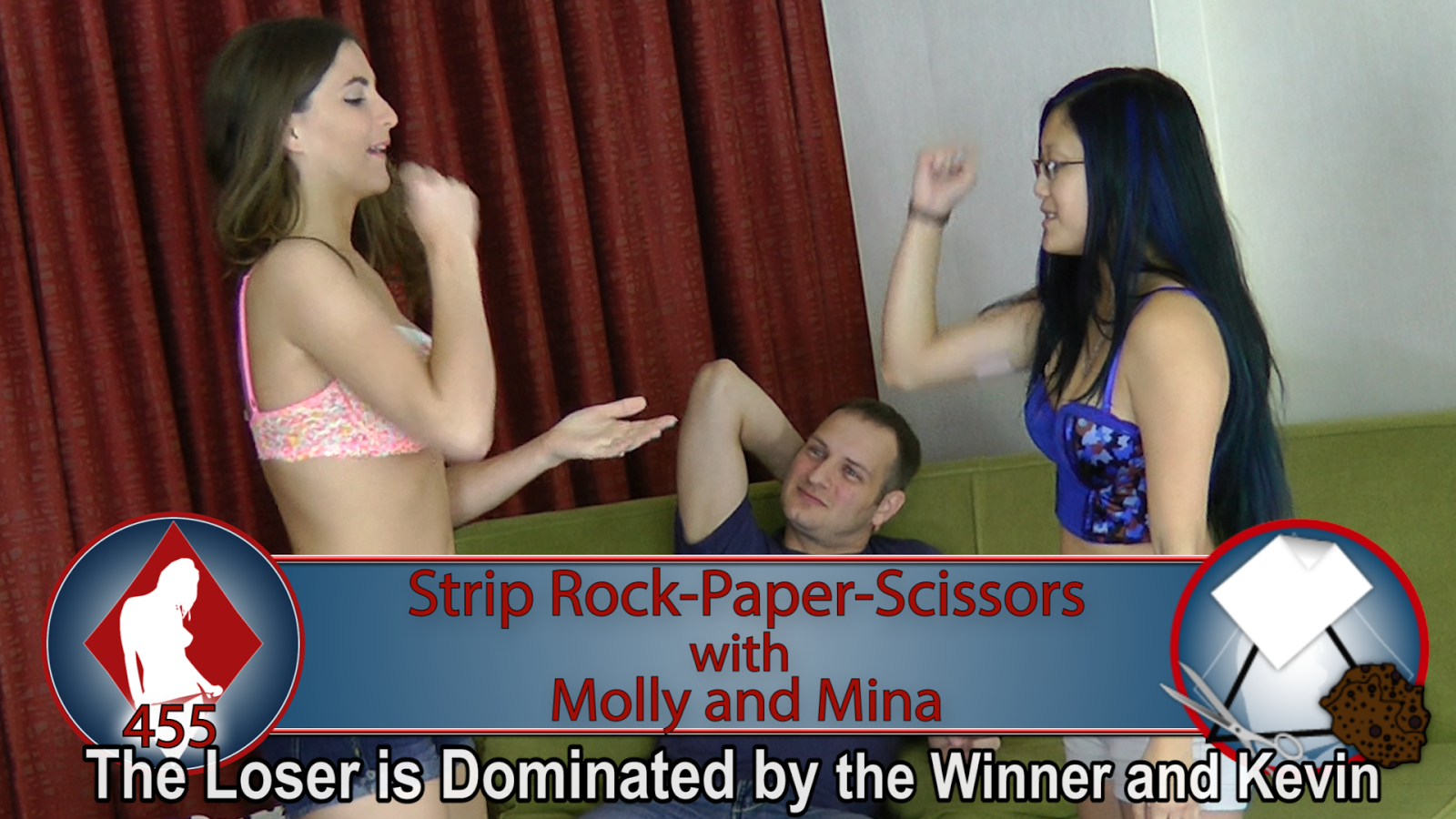 Mina is back, all 58 inches and 90 pounds of her, to play one-on-one against a new girl. We met tall, lean Molly by the pool. We were hanging out chatting, and when Molly heard what we do, she really wanted to be part of it. Well, here you go. You're welcome, Mol. The two girls play Strip Rock-Paper-Scissors, with the loser enduring sexual dominance by both the winner and by Kevin, who didn't exactly sneer at the chance for sex with one of these beauties.

So, apparently I wasn't quite ready to emerge from Comment Bankruptcy, judging from my lack of responsiveness (or blog posts) for the past couple of weeks. Hopefully I'll snap out of it soon, but in the meantime I can at least give you some previews of coming attractions.

Today it's long-awaited Episode 450, starring perennial favorite Dakota along with newcomers Brad and Mina in our first coed game of Magnitude. I've been hyping this one for awhile, so there's not much more to say than that I hope that those who've been looking forward to it are satisfied. 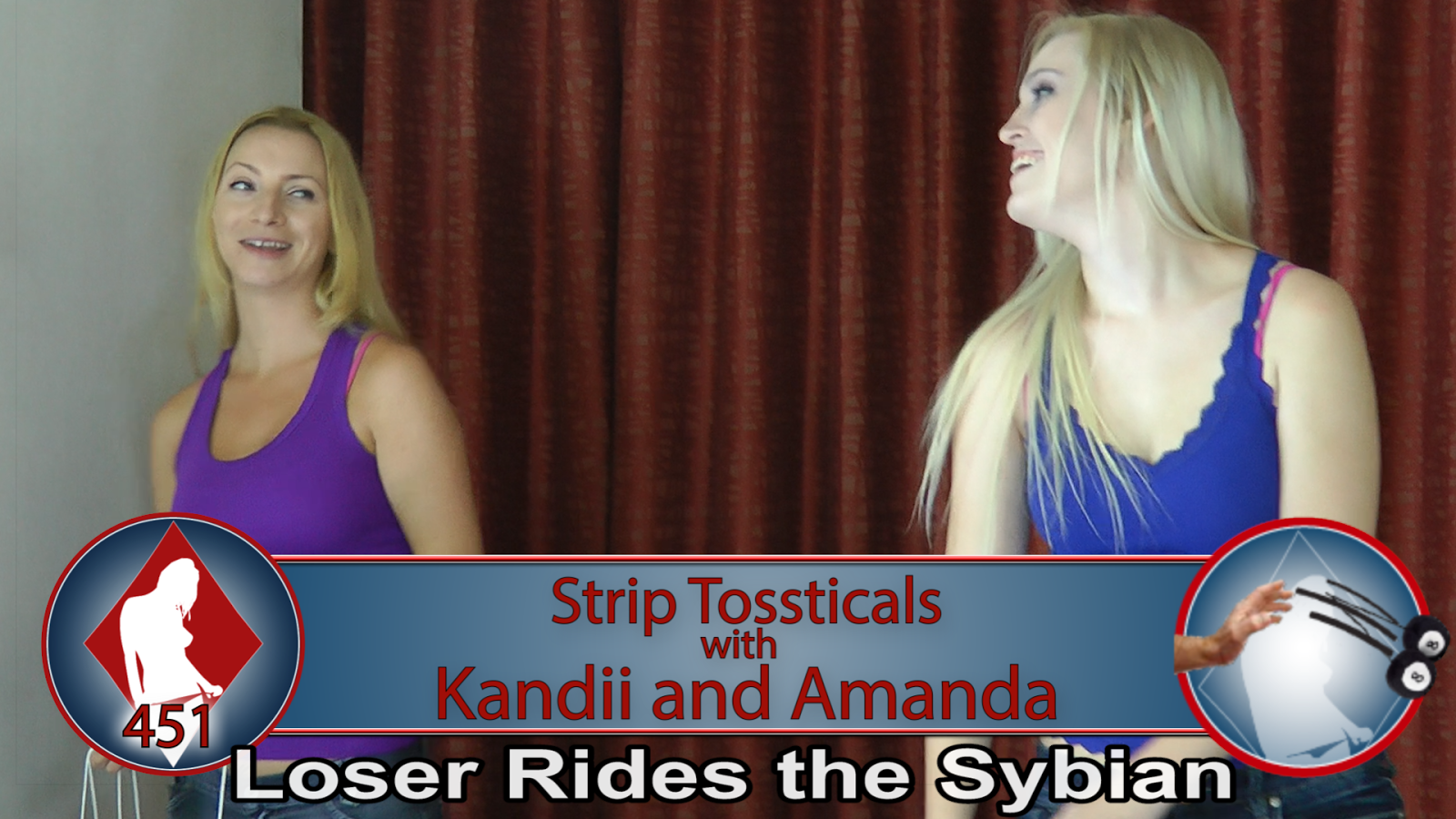 The name of the game is misspelled, but it's still Tossticles, and it's Amanda and Kandii here to play it. If you want to see one of these girls writhing on a Sybian, this one's for you.

And then there's Episode 452, one of my personal favorites, both to make and to watch. 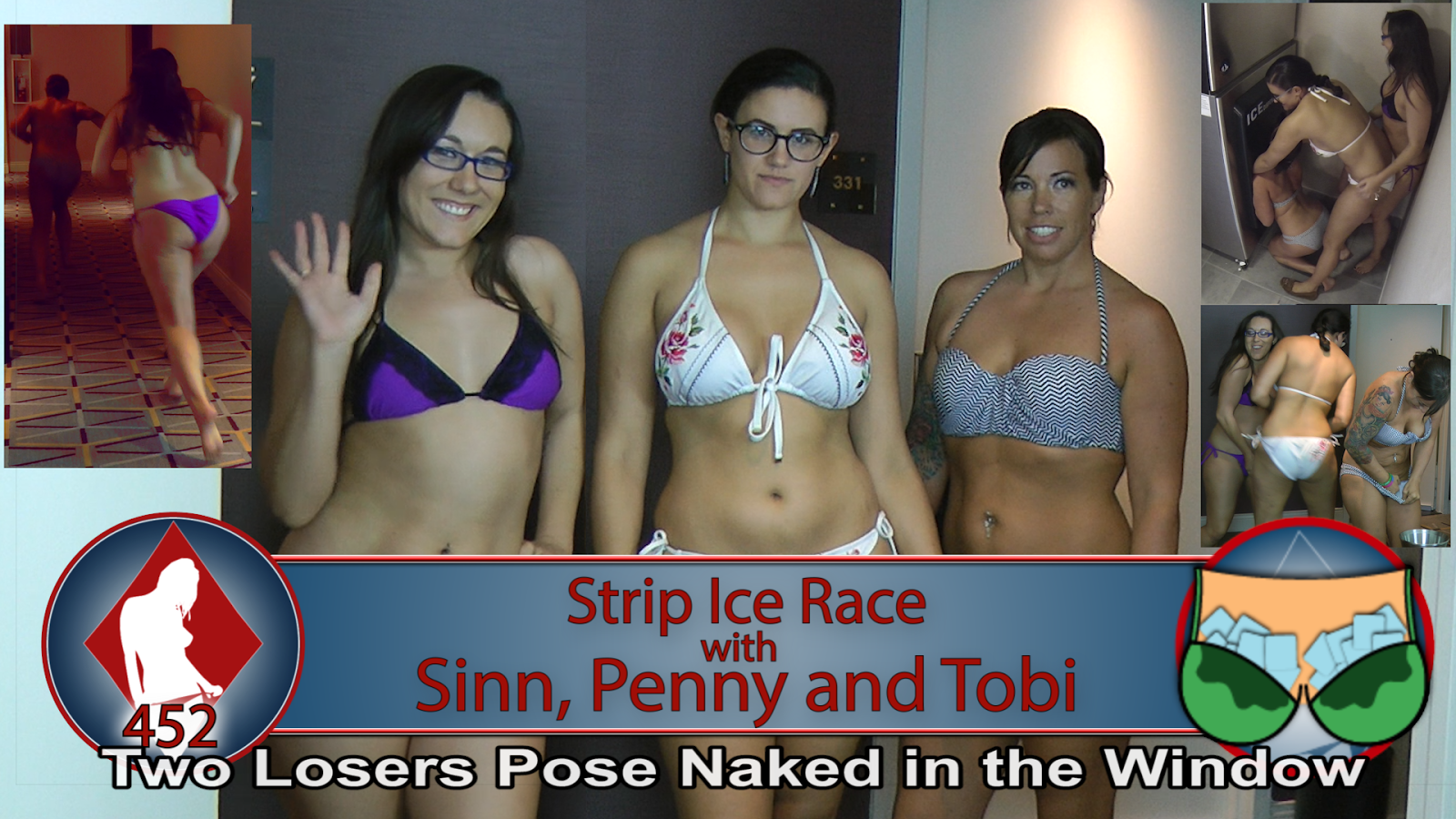 The personality dynamo of Penny and Tobi is improved when Sinn (formerly known as Cyndi) joins the party. It's a public game as the ladies rush through the hallways in their skimpy, ice-stuffed bikinis, and an even more public forfeit as the losers have to pose naked in front of a large, clothed, and highly appreciative crowd.


The next episode after that is here because of a fan request. 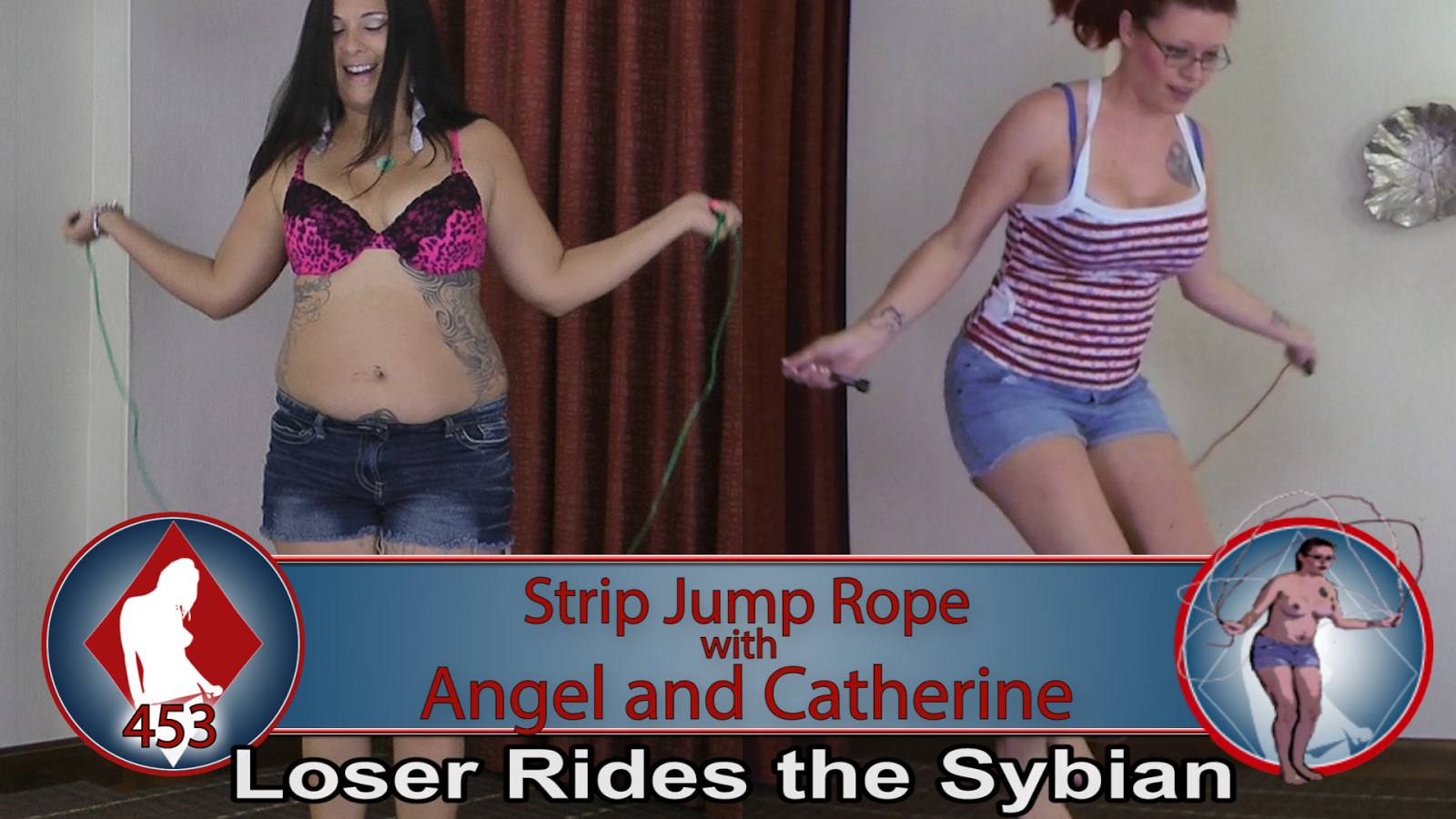 Blog commenter Faithofheart asked to see Catherine on a Sybian. Well, I can't promise that, but I can at least promise that she'll risk it against Angel in a first-ever game of Strip Jump Rope.


POV fans: awesome chick RyAnne returns this week in Episode P051, in a game with multiple endings. I think you'll like it. 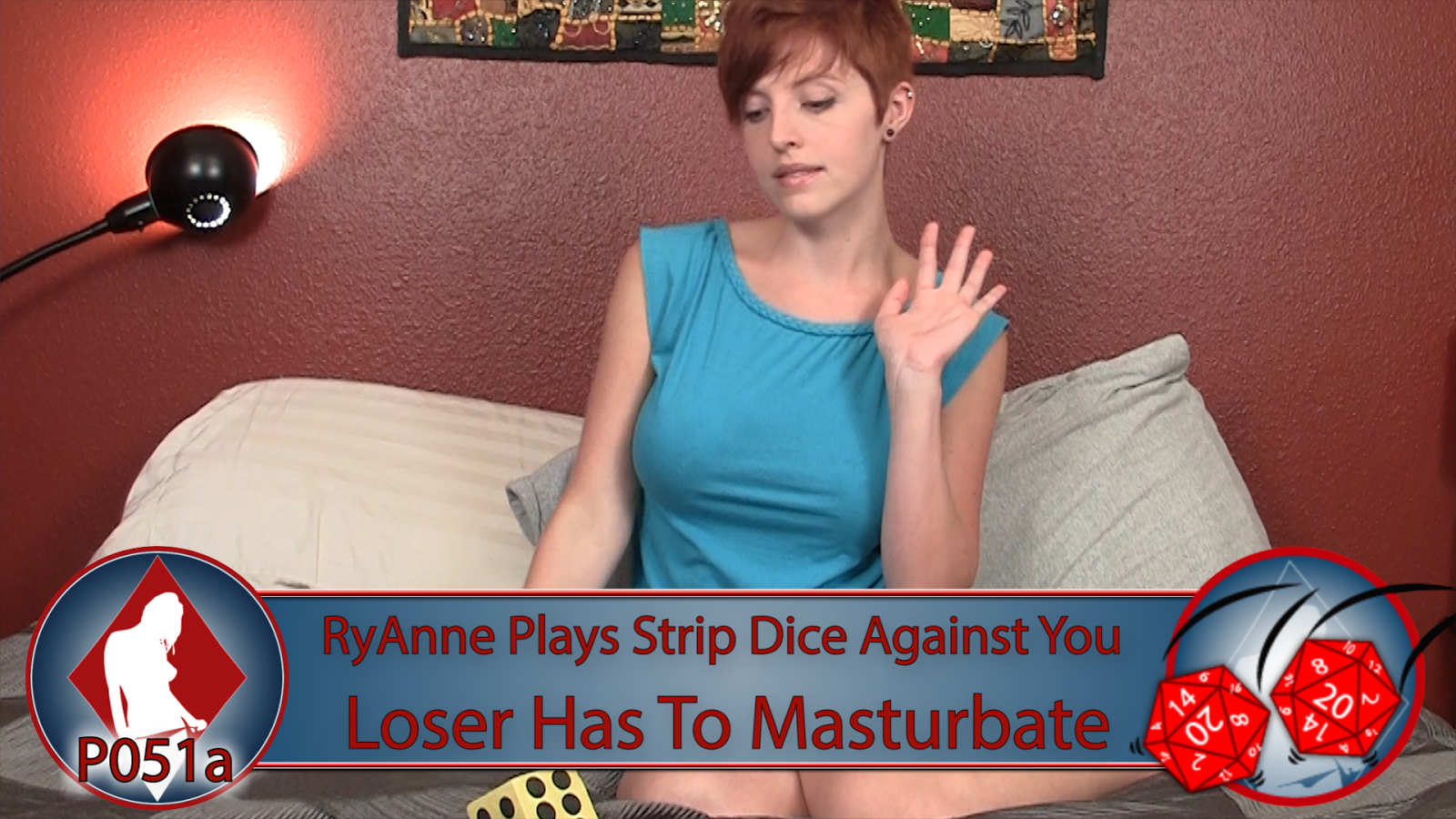