A celebration of boobs and feet

Today's update is the next game with Fern, Erica, and Anastasia. I noticed that of the three players, Erica had nice big tits, while the two 18-year-olds, Fern and Anastasia, had much more modestly-sized ones, so I decided to make it a theme: big boobs vs. small boobs. Loser (or losers) have to engage in some foot worship. (As always, foot fans, please let me know what you think. Since feet aren't my personal thing, I'm always worried that I'm not getting it quite right.) This one turned out fairly short, which at least means it's cheaper.

I've fallen behind (again) in blog replies. I hope to catch up soon, but there are a couple of important comment-related things I need to take care of right now. JHO, please send me an email (red at lostbets) with the episode number of any clip in my catalog that you'd like and I'll send it to you for free. I'm glad you thought that 301 was worth the money, but you shouldn't have had to pay for it. If you suggest something and I use it, I'll give you a copy for free, of the first episode using your suggestion anyway. I do sometimes need you to remind me, though.... I'm absentminded and disorganized, and often I'll use an idea without remembering whose it was, or even remembering tht it was somebody else's idea at all.

Sorry again for the laxity in responses. Thanks all for your support.
Posted by Red at 1:40 PM 18 comments:

After a couple of months of teasers, the first game from my June party is finally here today. Fifteen players, all eager and excited for the party, play a fast-paced game of Strip Hi-Lo. Losers endure a ten-person spanking gauntlet.

With that many players, peer pressure kicks in, and sometimes the desire to fit in outweighs the desire to stay clothed, and some of the players made some pretty bad bets. It wasn't the most competitive game I've ever seen, but it sure was fun.
Posted by Red at 12:53 PM 28 comments:

There's no way to avoid it, so I'm just going to come right out and say it: this post contains some bad news. Brace yourselves.

But before getting to that, first some good news to soften the blow: there will be a bonus update, 300b, coming on Tuesday, and I think many people will like it. It's not a game, but it does feature a very popular girl doing some cool stuff. More on that in a bit.

Which brings me to the subject of the March party, source of episodes 278, 279, 285, 290, and 300. Ten crazy people playing five wild games. Who exactly were these people? Who were these wild and crazy kids with their enthusiasm and athleticism? Well, I swear to you, I didn't know. All I knew is that they were Julie's friends, that she'd recruited them. I didn't know from where, or how she knew them. I didn't know who they were when I invited them, I didn't know who they were as the party went on, and I most definitely didn't know who they were when I picked out the music to use for the games of Musical Chairs and Hot Grapefruit. And I didn't figure it out, even when I saw the acrobatic talents, even when I saw the spandex singlets. I didn't figure it out when Johannes, on first hearing the Musical Chairs music, said, "I fucking hate clowns!" I didn't learn the truth until we were all hanging out on the deck after the party, and they told me, whereupon I said "Ohhhhhh," and everything made much more sense. Figured it out yet?

These people are circus folk. Carnies. They're members of a traveling troupe of entertainers, a real no-fooling I-shit-you-not circus. Not that there's anything wrong with that, not at all. On the contrary, they're awesome. Their unique skills and their adventurous, willing-to-try-anything spirits made them among the best players we've ever had here.

But... here comes the sad part.

They're not just Julie's friends. They're her colleagues. Sweet little Julie has run off and joined the circus. For real. That's great for her. She's got a steady job that she loves, which is more than a lot of folks can say these days. But it also means that she's retiring from modeling. I try to never say never, but it's very possible that she's played her very last game for LostBets.com.

Julie's been one of our most popular, most prolific, and all-around best players ever. She's also been a hell of a recruiter, bringing in lots of her beautiful friends to join in the fun. She is unique and irreplaceable. She will be sorely missed. LostBets.com will be a less awesome place without her.

But I'd like to send her off with my heartfelt thanks, and I've got the feeling that a lot of you might like to thank her, too. Which brings me to Episode 300b.

Julie and her colleagues are based in Portland. When I arranged the party, I hired a limousine to bring them up to Seattle for the festivities, but before that day I mailed Julie a camera, with a request to film anything she felt like filming on the way. And like she usually does, she came through for me in a big way.

She meant this to be a present for me and you, but I want to make it a present for her as well. So Episode 300b will publish on Tuesday, and every cent it makes during September will go directly to Julie. I'm not going to keep a single dime. This is meant to be a gratuity, a tip to thank Julie for years of awesome. Give generously.

Goodbye, Julie. We love you.

Major, major milestone this weekend! Episode 300 publishes today, and it's epic. It's the fifth and final game from the party I threw in March. The party that produced Episodes 278, 279, 285, and 290 now reaches its climax, in more ways than one. It's team vs. team in a game-show style format, with probably the most hardcore forfeit we've done yet. I think it's a very fitting 300th episode and conclusion to the party, and I hope you do too.

And Episode 300a will publish tomorrow. 300 episodes isn't the only big milestone we've passed recently. It's a bit late, but August 4, 2012 marked the fifth anniversary of the opening of our clip store, and the start of an amazing journey that still feels to me like it must be a dream. To commemorate the event, Betty and Veronica played a quick and simple game with the loser becoming a human Happy Pornoversary card to LostBets.com.

Once again, I've fallen behind in blog responses. I'm sorry about that, and will be catching up shortly.

The recent quality control issues are being addressed. New versions of glitchy episodes 296 and 299 will be made available shortly.

There are no more new players to show from the June party (the first episode of which will be published next as 301) but here's a returning old player with a new look and a new name. Say hello to Willow nee Cherry:

Today, Episode 299 brings back Lumen, Salem, and Xena, three girls I've gotten lots of requests to see more of. And boy, will you see more of them... at least of the losers. Enjoy.

Next week marks some sort of milestone. And there will be a truly epic episode to mark the occasion. Stay tuned.

And then there's this week's new party guest. Say hello to Fallon: 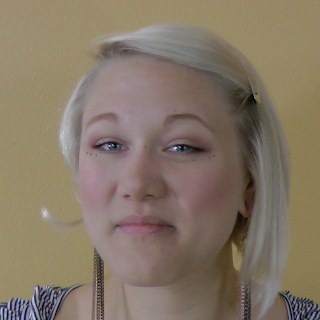 She's not kidding about what she lost, either. She swears that she didn't know that she could squirt. Thank God for Scotchgard.

That brings the roster to fifteen: ten girls, five guys. Is that it? Well, actually, yes it is. Fifteen wild and crazy people having a hell of a party and playing a lot of games, with some frankly amazing penalties for the losers. Look for them all to make their first appearance in Episode 301.