There was no blog post announcing last week's update, and the unanswered blog comments are starting to pile up again. Catching up:
Last week saw the publication of Episode 242, featuring Candle and Ashley joined by Cory in a competitive kissing game. It was the first appearance of the slingshot swimsuit here, but it won't be the last, or the best.
Next week, Episode 243 pits returnees (and now-couple) Alexis and Tony vs. newcomers Whitney and AJ. Since it was requested by an anonymous blog comemnter (please sign your posts) here are pix of the newbs: 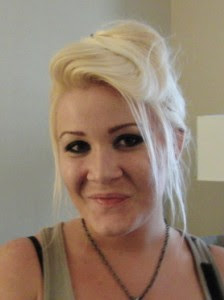 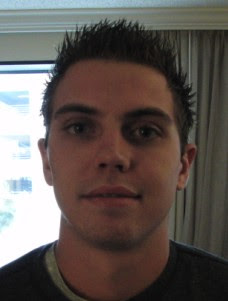 Episode 244 brings back four girls who, to my complete lack of surprise, have everybody clamoring to see more of them: Bibi, Cody, Kodak, and Tori. Elefino is a great game especially with girls like these, and when the forfeit is one of our messiest wet 'n' messy forfeits to date, it's a game I hope will make a lot of people very happy.
Episode 245 is when I'll finally have a game featuring newbie nerd-grrl Xena facing off against her friend (and ultra-competitive LostBets.com veteran) Zayda. This was one of the hardest-fought games I've ever seen.
Episode 246 will be a long-promised POV game. You play 5-card draw poker against Ashley and Julie, playing as a team. If you win, the two ladies have to simultaneously take a double-headed dildo for your viewing pleasure, but if you lose, it's the ladies who will be gloating and watching as you have to jack off for them. Which will it be?
That's as far ahead as I've planned. Other things in the near future will include the rematch of Angel and Brianna, the debut of a dozen new girls, and a real competitive game between Ashley and Julie, with the forfeit involving the stockade, the massager, and just maybe, a forbidden orifice.
Will catch up on blog comments later today.
Posted by Red at 8:49 PM 23 comments:

Yes, I still have a contest to judge. Winners to be announced shortly. I've been busy: getting this oen ready for production, plus I had some guests yesterday, named Ashley, Kandie, and Julie. Good games were played and good times were had. But who would've thought that I'd ever shoot a game with Ashley and Julie, and Ashley's comfort zone would be the limiting factor?
Anyway, today's update features some veteran girls playing a new game. It also features the voice-acting debut of Johnny, Hippo, and myself. Go easy on us, we're new at this kind of gig. Let me know what you think.
Posted by Red at 2:15 PM 29 comments:

Some of you may be familiar with the game of "I've never", where you say something you've never done, and everyone who has done it has to drink. (Or strip. Hmm.) Well, if you're 20 years old, surrounded by 20-year-old peers, and you can say "I've never masturbated", you will probably get all your friends to drink (or strip). I find it unimaginable that anyone that age would never have masturbated, but apparently it's true of one of the players in today's Episode 240. Or at least it was true. Won't be true anymore if she loses. Enjoy.
Update: Here's what's on tap for the coming weeks.
Episode 241 isn't done being edited yet; hopefully it'll be ready in time. It's Chrissy and Tiana playing a new game: Cranky Canaries, with the loser finding herself secured hand-and-foot with doorjamb cuffs while the winner vibrates her to ecstasy.
Ashley and Candle return in episode 242, and are joined by Cory, making her first appearance in quite awhile. They play Strip Candy-Passing, with the loser being the first to endure the slingshot swimsuit, being sent down to the cafeteria to buy a muffin wearing very, very little.
A lot of people have requested to see more couples games. The first one of several will show up in Episode 243, as Alexis and Tony, now a couple, return with new players Whitney and AJ. We'll see them play as couple vs. couple, and we'll see them play as boys vs. girls, but for this one (our second game of O'Connell), it's a free-for-all, with two losers having to masturbate for the winners.
Posted by Red at 6:53 PM 17 comments:

Time for another contest

First up: New poll in the sidebar. Check it out.
So, I mentioned in the last post that I've unleashed Zayda and Xena on an unsuspecting city to do some player recruitment. I think they're much better suited than I am for approaching chicks in bars and other places and luring them in. The ladies got themselves an iPad, and they want to put some sample clips on it so they can show prospective players just what they're getting into. I gave them episode 237, but they should have more.
So which episodes do you think would be ideally suited for introducing newbies to LostBets.com? I'd like to have a few each hardcore and softcare. Nominate up to three in each category, along with some brief text explaining why you think your candidates are good ones. If you nominate a winner, you get a free episode of your choice.
(Sooner or later, people will realize that these contests are my way of getting other people to do my work for me. I do appreciate it.)
Edit: I suppose a contest needs a deadline. This one ends next Friday, when 240 is published.
Posted by Red at 7:44 PM 28 comments:

Credit where it's two

First off: I've started to fall behind in blog comment and email replies. Sorry 'bout that. I'll catch up.

Second, this week's update, or actually updates. First up, episode 239 featuring new girls Brianna and Angel. They play Memory, with the loser getting hogtied and vibed to O. Angel, by the way, is the second girl we've had who's played while pregnant. The last girl to do that, Rainy, provoked mixed reactions, with some really liking her, but others being utterly turned off by her swollen abdomen. For the benefit of the latter group, there's the second update this weekend, which I think will have more universal appeal. Two of my best, most popular girls, Ashley and Candle, meet for the first time in episode 240, playing Battlestrip, for a forfeit we've never used before. Hint: it's kind of appropriate, considering the name of one of the players. Coming Saturday.

Finally, I'd like to again highlight the contributions to lostbets.com of folks other than me, but this time, it's a little different. Hang on to your hats.

The two girls in question recently signed up to help out with some of the organizational and management stuff that it's really tough for a lazy guy like me to get behind. Since they haven't actually started yet, it may be premature to call them out for kudos, one of them has already been a part of lostbets.com in a more conventional way: she's sultry Italian beauty Zayda. She's not only a hot-bodied girl with a dazzling smile and a competitive streak, she's whip-smart and I don't doubt that she'll be of enormous help in getting some of the things that have been stalled moving.

The other girl is her friend Xena.

Last time I asked, 60% of your guys identified yourself as geeks. If you're like me, you really like girl-geeks, and Xena is that, one of thee geekiest girls I've ever met. We're talking cons and FPSes here -- she'll kick anybody ass at L4D2. I typically don't much care for it when girls get themselves all tatted up, but I'll make an exception when the tats include a motto from BSG on her tummy, some Klingon on her arm, some Elvish on her belly, and a Star Trek communicator on her chest. Slender and small-breasted, her father was in the Royal Air Force and her mother was a Korean whore he married and brought home (*) The ethnic mix is exotic and striking.


And she blushes so cutely, too. (Yeah, I think she messed up the quote a little. Cut her some slack, she was nervous.)

She wanted to work with Zayda and to help with the same sort of organizational challenges, and that's what she'll do, and I'm sure she'll do well. But I also asked her if she might be interested in playing a game or two. Here's what she said, after asking about what games I had in mind:

Here is where the second thing comes in. You can get me down to my drawers but that's about it. But they are the most super rad superman boy cut underpants you have ever seen.


I came back with:

I've shot girls whose comfort levels have spanned a huge range, from girls who were too shy to open their legs on camera to girls who would do anything (figuratively and literally). But the absolute minimum has always been nudity... if you can't strip if you lose, I can't use you as a player, no matter how cute your boy-shorts are. Sorry.


In case you were already drooling in anticipation from my description, you may be shocked right now. You might be wondering how I could turn her down, even if we could only see her delicious naked breasts. Relax. I was bluffing. If she'd really stuck to her guns, I would've relented. But I had hoped it wouldn't be necessary, and it wasn't:

If you can be a spur of the moment guy I just might change my mind. :) but I do understand where you are coming from. See you tomorrow


That email was two days ago. Zayda and Xena stopped by yesterday. Good times were had, business arrangements were made, and eventually, cameras were broken out. And one extremely nervous but determined geek girl found herself risking her clothes against one of the most die-hard competitors on my site.