So I've been posting this pictures of new players. The first we'll see them in action is in Episode 365, which isn't too far off. Here's today's returning player: 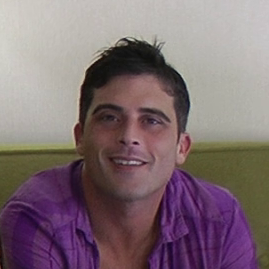 When last we saw Bob, he was getting his ass pegged by JC in Episode 273. Yeowwch. I felt after he had to endure such an ordeal, he deserved a little something nice from LostBets.com, so he got some nice rewards. 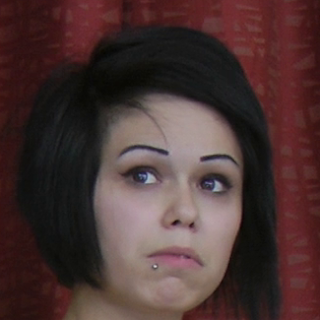 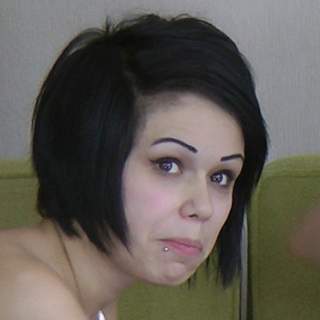 Bailey looks amazing, exactly my type. When does she appear and what did she risk?

I confess that #273 is probably my favorite Lost Bets episode ever. But then, I have a fondness for seeing guys get utterly humiliated.

Bailey looks perfect for Lost Bets, cute and apprehensive. Just curious whether she is an amateur ?

Hi Red,
just watched the leg wrestling, that was great, Jennie on the sybian looked so hot.
Great stuff, thanks.
Furrychris

@Jimbo1471: I'm glad you like her! The bad news is that she was only in one game, which will be published in the late 360s. The good news is that it was a doozy: two girls and a guy play a game to one loser, who must then be a sex slave for the other two. It's high stakes and a great game.

@RS: Well, there will be more opportunities for that sort of punishment coming up. Enjoy!

@AV: I don't know for sure whether Bailey's done other adult modeling (she was a last-minute replacement for a girl who was a no-show) but I believe she has. I don't think she's an amateur.

@Furrychris: There's something awesome about putting young, inexperienced girls on the Sybian. They really get their minds blown.

One minor complaint about the current release: this makes the second time Patrick left a player in bra and panties rather than providing your viewers with at least partial nudity - a far more grievous error in this game than the earlier one, since we'd have had the opportunity for *very* intimate views of Amber had he stripped her of her skirt.

Please don't give this guy a chance to deprive us yet again. Otherwise, this was a great addition to your amazing archive.

i Believe the upcoming games with the new Girls look awesome. really look forward to see the list of game with the forfeits.

@LSD: I know. Infuriating, isn't it? I suppose it's my fault for not breaking in and telling them to do it differently, but I hate interrupting the games. I don't like interfering with the "reality" of the gameplay. And I swear, I briefed Patrick beforehand. Panties first, I said, followed by skirt. He chose to ignore me, and I didn't step in to correct him.

Any more old schoolers coming back soon, like Mika or Kandie?

@Jum Jum: Depends what you consider an "old schooler". Neither Mika nor Kandie was part of the last round, but Kandii with two I's was. Addie's certainly old school, and so is Candle. And there were some other old schoolers as well. Next week's preview will feature a girl who made her first appearance in 2010... and her newbie sister.

Red: Thinking about 358 a bit further, what I found infuriating (to borrow your word) wasn't so much Patrick's choice of clothing to remove from Amber, per se, as it was that the blurb in the clip store explicitly states that panties went first, then the skirt(s). Having my expectations set that way, and *then* not being fulfilled, is the way I should have framed my complaint.

I understand (though don't necessarily agree with) your preference to let the games play out as they will, without your interference or interruptions. However, I think that whoever is writing the copy for the clip store should base the text on what *actually* happens in the clip, not on the instructions you've given the players - especially when those instructions are ignored.

Just my 2 cents worth.

Hey could you guys chill on spoilers.
ty

Red, that's true...in a sense I don't think of some of those girls as old schoolers as much because they appear elsewhere...where as far as I can tell, Mika and Kandie are only on this site so they're straight up Lostbets girls. Which I personally prefer.

Concerning the sybian I agree with JustAnotherRandomGuy from his earlier suggestion that the girl on the sybian should be tied with handcuffs behind her back and have legs restraints so she can't move to much. I would like to see a blindfold added to that too.
Then the winner can grope her and tease her body with a feather(duster), ice cubes and use the massager all over the rest of her body.

With so many new players and great forfeits to come will there be any double update weekends so we get to see these sooner?

I like the idea of a dice. Also when a loser is forced to multiple orgasms, let them count them out loud.

@LSD: I'm the one who writes the clip descriptions, and you're right, I goofed on this one. I've removed the offending line from the description. Please send me an email and I'll send you a bonus clip to thank you for bringing this to my attention.

@ty: (Actually, I'm not sure if "ty" was a signature or short for "thank you") Yeah, I usually ask that people not put spoilers in the comments until a clip has been out for a week but I haven't really enforced that. Sorry you got spoiled.

@Brian: That's an excellent idea, and I'll use that next time I break out the Sybian. I actually recently used a concept similar to a part of your idea: hiding part of the forfeit from the players until the end. I handed them a deck of cards with steps of a forfeit written on them, and the loser had to turn them over one by one and do each part as it came up. Sorry if that's vague, but you'll see.

@Anon 2:20 (please sign your posts): That's a good idea. I think I'll do a double-update this weekend, and another in a couple of weeks.

@AV: That's a good addition, and in fact in general I think girls should have to call it out when they have an orgasm.