Today, we have Episode 464, the sequel to Episode 459. The winners from that game, Bailey and Dakota, go head-to-head to find out which one will endure a strapless strap-on from Kimmy, using Star as the target for their game of Ring Toss. One of the best, most enthusiastic, squirt-inducing strap-on bangings we've seen.

So back in August 2014, I took a look at the backlog of raw footage, and it was just too long. We had dozens of unpublished episodes and it didn't make much sense to keep getting more and more of it. I called a shooting moratorium until the queue was cleared out a bit. I've done this before but never been able to stick to it and I've always ended up shooting again when we didn't really need to. Shooting is just too much fun for me to be able to keep from doing it for long, but this time, I was resolved, and this time, the moratorium stuck. So finally, after an agonizingly long hiatus, we did our first shoot in six months last Saturday. (This is part of the reason why no blog post last week: we were busy preparing.) And now I'm very happy to introduce our two new players.

First up is bespectacled Nettle. 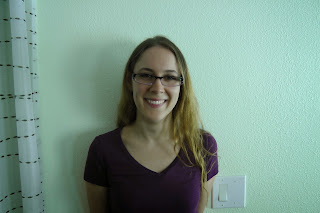 (I should note that neither this still picture nor the one below of the other new player really does the girl justice. They both look way better than this.) Don't let Nettle's somewhat bookish look fool you: she's down for anything and she's energetic and enthusiastic. With her slender body and her awesome ass, she's a fine addition to the LostBets.com roster.

That brings us to the other new player, Dolly. 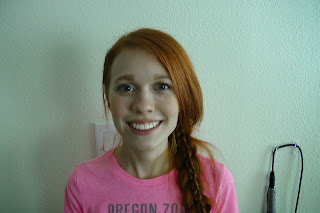 See above about the pictures not doing justice to the girls. Now, Nettle is awesome and I'm really looking forward to sharing her with you, so I hope she understands that there's absolutely nothing I would take away from her, but I gotta say: Dolly is freaking amazing. 19 years old with copper-red hair and milky skin, she's tiny. Really tiny. Smaller than Bailey, smaller than Brooklyn, smaller even than Mina, she stands 4'9" and weighs in at 85 freaking pounds. (That's 145cm and 38kg, for those of you from countries that use a rational system of measurement.)  I made damned sure to triple-check her ID.


There were supposed to be more new girls to introduce, but I had a couple of cancellations. Instead, they were joined by Tobi (sorry, no pix of her from this shoot yet), who continues to tone her body and expand her ink and is sporting a new, short haircut. I love Tobi because she has the knack, like Ashley and Candle and a few others, of bringing out the best in her fellow players. Everyone's a little more competitive, a little more adventurous, and a little more fun when she's involved.

This really showed in the forfeits, because this group ran with them and took them to a higher level. Most of the time, I don't give much direction to the girls about the specifics of the forfeits, preferring to let them come up with the details on their own. (For example, in Episode 464, the instructions were "Kimmy fucks the loser with the strap-on." All the details, all the positions, all the hair-pulling and clit-rubbing, that was all decided by Kimmy herself.) Oftentimes this works out great, sometimes not so much. With this group, it worked out great. For example, one of the forfeits involved Ben-Wa balls. The winners could have just put the balls in the loser and then pulled them out. Instead, they put the balls in, then pulled them out, then put them back in again. Then they pulled them out, then put them in, then pulled them out, then repeated that several more times as the loser was being driven crazy. Then they saw what would happen if they put the middle balls on the string in first. Then they went looking for (and found) a second string of balls and tried to fit both in at once. (They only succeeded halfway.)  These are the kind of girls I really like: the kind that can take vague direction and turn it into something special.

They played six games and a POV. If you've ever wanted to see a three-girl POV, you will soon. Enjoy!

Correction note: An earlier version of this blog post incorrectly translated 4'9" as 175 cm rather than 145 cm. Thanks to Riggins for pointing that out.

Been ages since I last commented here, Red, but I am stopping by, as a fan of redheads (both full-figured and petite) to say thanks for a fine Episode 461 (Catherine and Isobel) while expressing a keen interest in new girl Dolly. As always, keep up the good work, and I look forward to more Lost Bets. Cheers!

Finally I see a bit of embarrassment! But I would have liked to see also an embarrassed guy next to her ;)
Brad

Looking forward to hearing about the new stuff !

Two loosers determine the ultimate looser in a Tickle challenge.
Girl A is tied up by girl B and tickled till she begs to stop. Time till tickling stopped is taken.
Now girl A ties up girl B and tickles her till she begs for stopping. Girl who endured the tickling longer wins. Looser gets another forfeit like being dominated by a guy of your crew.
Tickler

When can we expect videos from the new girls!?