July Jubilee continues with two more updates this weekend. First, on Friday, there's Episode 290, the fourth game from the party I threw for Mark's birthday, featuring nine players, seven girls and two guys. They play a new game that involves frantically trying to pass a grapefruit to the next player before it's too late. (Some of the players chose to wear some pretty zany outfits for this one.) The forfeit involves interspecies sex with some of our cousins from kingdom Plantae.

291 brings back Fern, Erica, and Anastasia. (When I made that part of the publishing queue I hadn't decided to do July Jubilee yet, which is why we're getting episodes with these three two weekends in a row. There were supposed to be a couple of weeks between 288 and 291.) The game is Elefino, and I admit I wasn't very sporting in choosing the game and the rules. Usually I try to be scrupulously fair to the players, but I really wanted to make Anastasia lose her clothes. Didn't work last time, did it work this time? Wait and see.

Finally, and speaking of parties, meet this week's guest from the megaparty. This compact brunette is Priscilla: 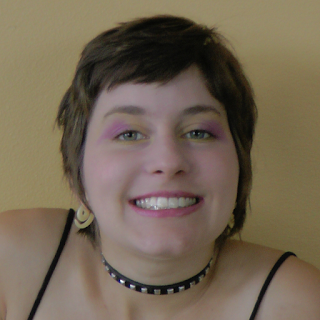 That brings the roster up to nine:

I'd love to see more genuinely embarrassed girls like Anastasia!

So Red what's up for next week?
Furrychris

@Qazwoxer: Well, wait until you meet Jelly in a few weeks. I think you'll like her.

Just kidding. Next weekend has a Strip Memory theme, with one hard forfeit and one soft. 292 is with Dahlia and Jacqueline, 293 is with Salem and Lumen. 292, loser goes down on the winner, and it's fucking hot. 293, winner gets to pose the loser so as to achieve maximum exposure.

Red
I see that I now own 249 of your games and #291 is up there with the best. I enjoy this type of forfeit much more than the more hardcore ones, especially those involving men. Whilst I can see the attraction of the games involving crowds of players, I think those involving 3 or 4 with at least 2 losers are best. Keep up the good work.

Are there any plans for a pizza delivery forfeit or a public walk forfeit in the near future?

I think it's about time for a Chinese food delivery forfeit!

glad to see you got some open leg shots from the tight-limit gals...

i only wish the camera got in closer. it should have.

Was this the last episode from the first party, or is there another?

Also, Starli is amazing. I think I'm in love with this girl.

@Mismismanager: Wow, 249, that's quite a collection. So glad you liked 291, and there's more in that vein on the way, both with the same players and with new ones.

@K and @JHO: A lot of people have been asking for more pizza forfeits, so I guess I should explain why they've been so rare lately. For a number of reasons (of which I swear laziness isn't the only one) most of our recent shoots have taken place at my home. Every pizza forfeit I've ever shot has involved a real pizza guy delivering a real pizza and I'm not about to break that streak. But since I moved, I've found one and only one pizza place that delivers out here (and no Chinese). I'm reluctant to risk offending them and thus losing my only option for pizza delivery. There will be more delivery-guy forfeits (and more shameful public walks) but they'll have to wait until I'm shooting on location.

@shredder: Yeah, I was glad I was able to get some open-legged shots out of these girls, too. Sorry about getting the camera in closer. Usually in these sorts of situations I give a camera to one of the girls so she can bring it in really close without needing to worry about getting in the way of the other cameras. Some of them do a better job as camera girls than others, but most of the blame rests with me for not doing a better job of explaining to them how to handle a camera.

@realnot: Episode 290 was the fourth game from the first party (Mark's birthday.) We haven't seen anything yet from the second party, and won't for a little while yet. I'm glad you like Starli, but believe me, you ain't seen nothing yet. There's way more to come. I'm pretty sure Starli reads this blog so she'll probably see your comment. i bet it makes her feel really good.

Red I have an idea for a clip.

I'm thinking 2 girls play street fighter (or something similar). Every time a girl loses a round she loses a piece of clothing. Therefore 2-3 pieces per match. For every match that ends the winner gets to put a clothes pin/clamp somewhere on the losers body.

Or you could do 1 camp per round and 1 item per match to keep it going but I think it'd be too long with clamps on TBH.

hey Red, thanks for responding.
maybe little help on the editing too?
hot the shot/angle for longer than 1.5 seconds before jumping to another?

i want to second the approval of Starli, as well.
as a plus: she has a lot less ink than some others, too.

Hey Red, have you ever considered a forfeit where the girls are hosed down with cold water? Not only would this be really hot because soaking wet girls are gorgeous, but also it would be a great forfeit for girls with tight limits because it doesn't involve much exposure but it would be quite obvious they weren't enjoying it, while still not being too sadistic. Just a thought. :)

@Razza: The clothespin thing has some real potential, as long as I can find willing girls. Unfortunately, video games like Street Fighter (and a lot of content-driven board games that would otherwise make great stripping games) are protected by copyright and I can't use them without permission, which I'm unlikely to get.

@damnedable: Really good idea for next time I've got some shy girls around. Thanks.

Yeah that's what I was thinking about the legal issues.

Starli vs Devon would be good in anything.

If getting an unsuspecting stranger to knock on the door is difficult, why not arrange to have a "survey taker" show up and ask the loser a series embarrassing questions, which she will have to answer in the nude. All the better if you can have the loser stand on the front porch while answering him.

please let make 2 girls a catfight. if one submit she have to strip a piece of clothing. and the loser have to lick the winner to orgasm.

Relating to @1:25 PM's suggestion of a catfight ... what about a rip-strip wrestling match? Perhaps lube wrestling in a wading pool (although baby oil is cheaper than lube and when used non-sexually is just as good). Opponents are dressed in flimsy clothing that they literally try to rip and shred from each other's bodies? OR ... there's a different criteria for winning (like pinning your opponent for 5 seconds), but it doesn't count unless the potential loser has already been stripped completely naked (which could result in players continuing to wrestle even if both are already naked).

Or a co-ed game, but to compensate for sexual dimorphism, you could set two girls against one really cocky guy. Loser(s) have to do anything and everything the winner(s) demand.

Dear Red,
Just had an idea for a future game forfeit, depending on the number of players in the group.

To have the losers act as wait staff like in a restaurant, and serve the customers (winners) nude.
E.g. take cutsomer's orders and return with the meal and clean up after the meal was finished.

It can be like a mock restaurant / cafe setting, and the losers maybe not fully nude. As the girls could wear stockings and a bow tie as their outfit, and the guys wear a bow tie.
If cooking the meal were involved, aprons could be permitted (if they were clear / see-through).