June Jubilee continues, and I'm happy to be sharing some of my favorite girls, doing things for the first time ever. Today, Episode 407 features Bex, Piper, Zahara, and Sheri playing a new game. Three of these four have never masturbated before (or so they say) but at least one of them will no longer be able to say that after the game's end.

Then on Saturday, it's Heather's first game (chronologically, anyway) as she takes on Michelle and Star in Episode 408. It's a shocking game of Shockinaw, and the loser gets wet and messy in a way we've never done before.

Next weekend marks the end of June Jubilee with Episodes 409 and 410, but it doesn't mark the end of the awesomeness. Here's what to look forward to as we move into the second half of the year. 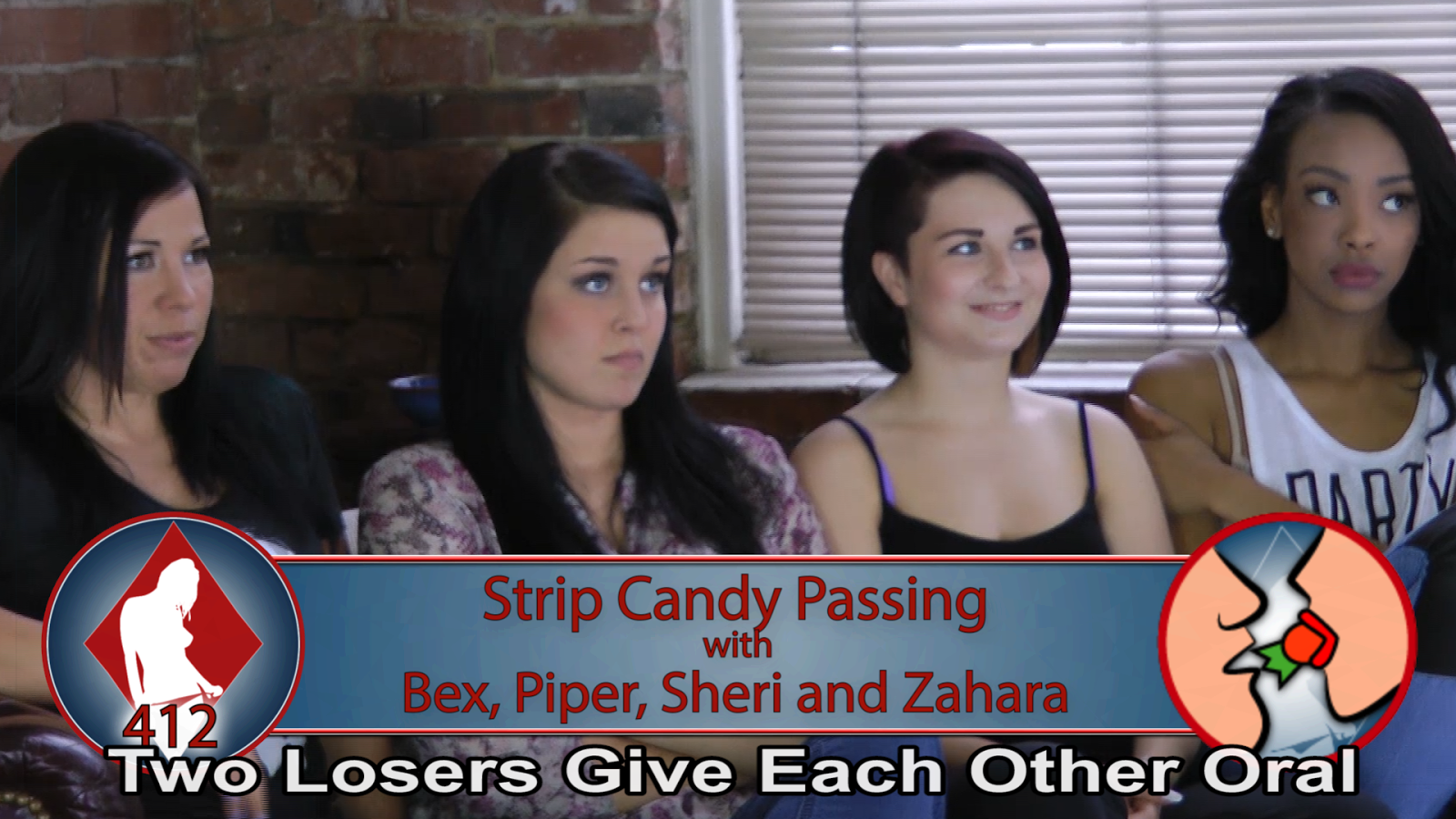 Given that they'd never masturbated before, it's not much of a surprise to learn that Sheri and Zahara have never been on either the giving or receiving end of oral sex with another girl. Piper has, but just once, in Episode 393. They also don't have a lot of experience making out with other girls, but that's what they'll have to do in Episode 412 along with Bex. It's an energetic game of Candy Passing among these young amateurs, with the losers tasting pussy.

Those look great. cheers red.
In future when possible could you mention whats coming up for the povs clips in the weekly blog post. thank you.

Also whats the pov this week.

Hi Red, you put this in the other thread, but will bring it over to here:

"@Taiko: Yeah, I'm kinda bummed about Catherine's retirement myself, but I'm still going to try to get her back. After all, it was a year ago she told me she was retiring. Maybe she's changed her mind. As for Maia, I would dearly love to get her back but I haven't heard from her in quite awhile.

No need to apologize for borrowing Earth and Fire. I'm always glad when one of my games finds broader appeal. (I'm trying to spread Mogadishu as an alternative to Rock-Paper-Scissors.) Any more detail on how it worked? And by the way, if your sub would be willing to risk humiliating herself by appearing in a video for all to see, we should talk."

Actually worked out really well. She had company by way of another bi-curious girl, and it worked as a great ice breaker, calmed their nerves I think. Before I knew it, they were into full on first time with a girl mode, which just seemed to happen in an instant.

As for the video thing, I'm not entirely sure. She has no qualms with nudity on camera, having been on Chaturbate in the past, although there was an incident with a user there that soured the whole thing. Where is it you film? My memory is conflicting as to the locations!

@Taiko: We're located just north of Seattle, in the beautiful Pacific Northwest. If you're ever in the area (and this goes for anyone else who's reading this) we're always looking for new players!

May well be something she would be interested in, and is an alt girl, who has been with other girls. Can DM you some details if you like.

Issue that she might have at the moment is that her car was smashed into by a police officer at an intersection, and I'm not sure it has been replaced!

So, Red, is this the last we've seen on Heather?

@Taiko: Probably better off sending an email to red@lostbets than a Twitter DM. I've never really done much with the LostBets Twitter (or Facebook) accounts. I need to get on that, but until I do, email's the best way to reach me.

@Len: Got some good news/bad news for you. The good news is that no, this isn't the last we'll see of Heather. We'll see her again in Episode 425. The bad news is that 425 probably will be the last we see of her, at least for quite awhile and possibly forever. I contacted her about playing more when we travel to her area this summer but she won't be around. I'd love to get her back and will keep trying, but don't count on it.

These five names were mentioned at some point as being in the queue of unpublished games:

WOuld you be willing to offer game numbers for these players or a short preview about what types of things these players will be involved with?

(PS Did I omit any player that has been mentioned as forth coming but have not appeared yet?)

@K: I'll give you the information you asked for, but I don't know how happy you'll be about it.

Isobel and Cheyenne are both returning players, Cheyenne having debuted in Episode 327 and Isobel all the way back in Episode 096.Both will be appearing in two upcoming games, although not against each other. Isobel's the first one you'll see, in Episode 417 versus Caroline and Candle, They play Pod Stomp to two losers, who must mount the Subians and compete in an orgasm race, with the loser getting a spanking in addition to her forced orgasm. The same players will return in Episode 421, playing Wheel of Torment for possibly the most informative anatomy lesson we've filmed.

Sandwiched between those two will be Cheyenne's first game, Episode 319, where she competes against Kym in a game of Body Shots, with Lika the target. Loser must sexually serve the winner. Then in Episode 425 she demonstrates some impressive talents in a cupcake-eating contest against Kimberly, Lela, and Heather. The winner nearly choked to death but the losers got paddled.

Harley, Hannah, and Sage are newbies, and will appear in two games together, along with Kym, Lika, Nikole, and Ashley, one Wheel of Torment and one Strip On Spades. Both had the same forfeit (sort of): we erased the Wheel of Torment and replaced it with a Wheel of Forfeits, which the losers had to spin. Since they didn't even know what their forfeits would be, I'm not going to spoil it just now. They're currently on the schedule as Episodes 430 and 434.

That takes us into mid-December, and all episode numbers are subject to change in the highly likely event that we shoot something new that I want to get out before then. Sorry you gotta wait so long.

Care to hint at what the game/forfeit is for 425?

@Len: I said it up there: it's a cupcake-eating contest. Each girl has two cupcakes in front of her, which she must eat with both hands behind her back. Whoever finishes first wins. The others must strip naked and be paddled by the winner.