Side note: when I was a kid, I read Robert Asprin's Myth Adventures series. Asprin started each chapter with a pithy quote, and sometime around Book 6 of the series he commented that this seemed like a much better idea when he had to come up with 20 pithy quotes for the first book than it did now when he'd had to come up with 120. Having decided 400 or so episodes ago to go with "presented in [adjective] 1280x720", I can relate.

Last week's blog post lacked a video preview of Episode 436, introducing new girl Amanda with Star and Lela. The game is called Magnitude, and it's a derivative of Earth and Fire. I've mentioned before that Earth and Fire has a fatal flaw, which is that if all three players throw the same thing (usually Earth), none of them has an incentive to switch and they can get in an endless loop of throwing the same thing over and over. There were a few possible ways of solving this, but I went with what I thought was the simplest. I added a three-sided die in a plastic bubble, and each round, the girls pop the bubble and the girl whose number comes up is the victim. The first person to post a reasonably accurate explanation for why I called this game "Magnitude" wins a free copy. 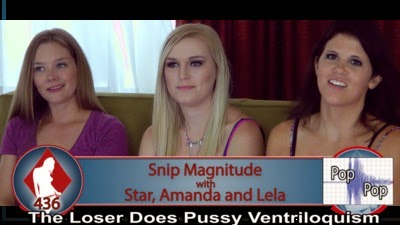 (Ignore the fact that the title says "Snip.")

That brings us into December. We're doing Double December again this year, with updates on Fridays and Saturdays all month. Things will start with a bang in Episode 437. 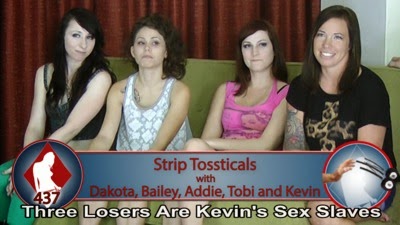 You've seen all four of these girls before, but never together, and never like this. In fact, you've never seen anything like this on LostBets.com before, and very probably not anywhere else either. If you don't recognize Bailey, it's because man, has she changed since the last time we saw her. She's embraced her sexuality in a big way, and her up-for-anything energy charges up everybody. Similarly, Tobi is really cutting loose and having the time of her life. Dakota is even hotter (and spunkier) than last we saw her, and veteran Addie's return will be very satisfying to her many fans.

And Addie brought her boyfriend Kevin. Now, I'm not saying that it doesn't have a lot of benefits, but being Addie Juniper's boyfriend is not an easy job. You kind of have to be a masochist, since she genuinely enjoys belittling and degrading her boyfriends. Again, there are benefits, plenty of them, but I still felt sorry for the guy, so I decreed that he'd be the punishment for this game. Three losers would all be his sex slaves, for him to do with as he wanted.

But every one of these girls is very strong-willed, not easily controlled, and I may have given Kevin more than he could handle. The result was, as I said, something I've never seen before. I was reminded of a certain movie, a famous movie I've never seen but had heard much about. Welcome to December.


Oh, and for once, I'm not going to forget to preview the POV: 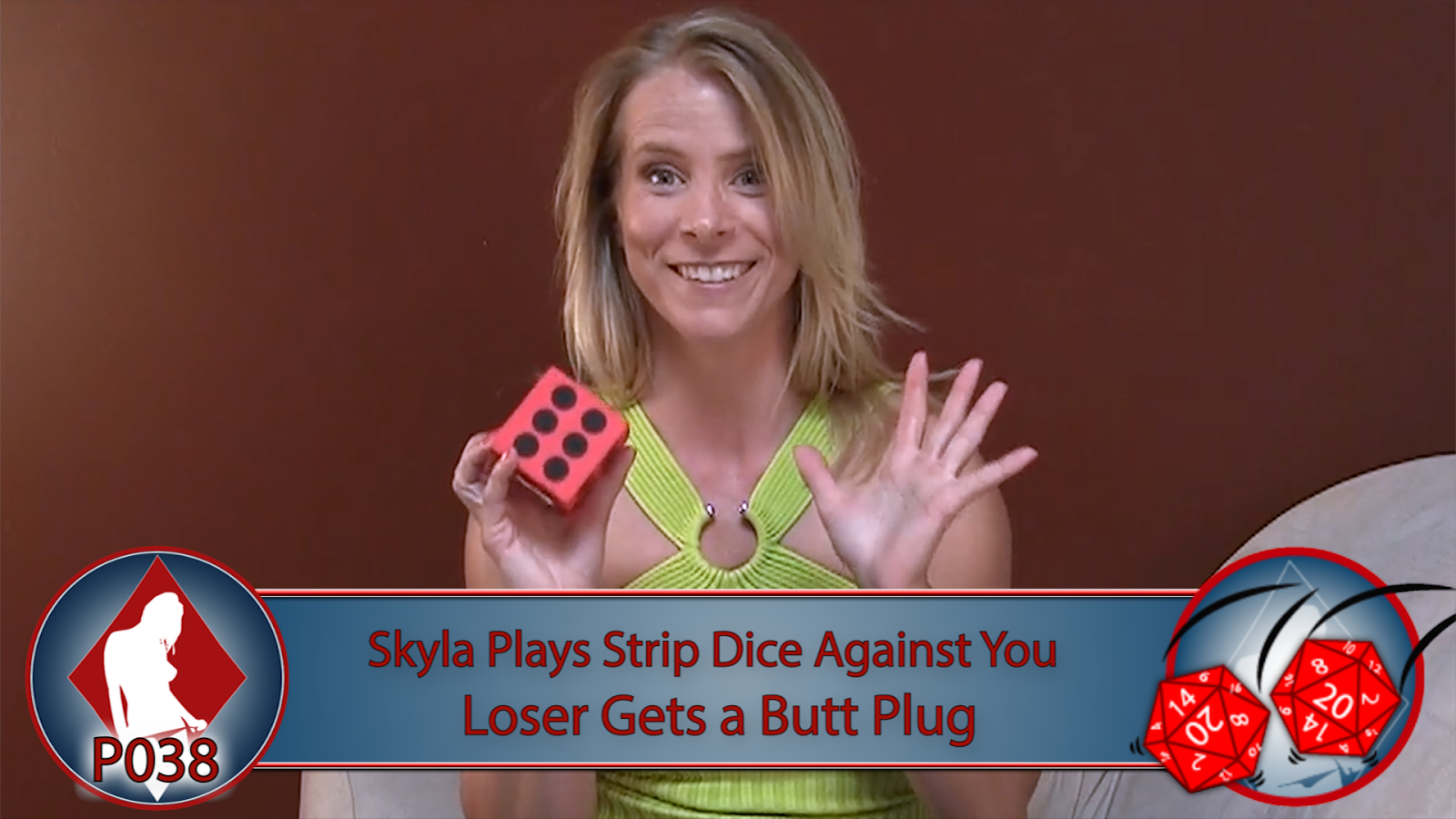 Meet Skyla, who challenges you to Strip Dice, and the loser gets a butt-plug. Skyla is shy and does a pretty good job of positioning her body to hide her nudity, so there aren't a whole lot of explicit looks, but still: shy girl reluctantly using butt-plug. Episode P038.

Magnitude must be a Community reference - "Pop pop!"

I loved "Myth Adventures." Read it so long ago, it wasn't yet a series. Didn't know it had become one.

Your reminder of 076 brought back great memories of one of the hottest girls ever to appear on this site - Amberlee- too bad we did not get to see more of her.

A return visit from her would definitely be a must see vid.

It's called "Magnitude" because Orders of Magnitude is multiplied by 10 to the Third power, hence it's good for 3-way... -SP

@e pluribus anus: Yeah, I guess the "Pop Pop" in the icon was a bit of a giveaway. Congratulations, and please send me an email so I can send you your free copy of 437 when it's ready. Go Human Beings! Sorry, @Anon 6:49 (please sign your votes) and @Seahawks88 (go Hawks!)

@RS: I think there are nearly 20 books in the series but I stopped reading after the first dozen or so.

Props for mentioning the late Robert Asprin. I grew up reading the Myth books, and the reference is appreciated.

Of course, the return of Bailey and Addie is also appreciated =) Bailey's previous appearance is one of my favorite clips.

Just wondering if Heather or Piper are going to be in future games? Not in the same game - I don't think I could handle that! Okay, I totally could.

@Big Sam: Yeah, I always regretted that I only got one episode featuring Bailey last time she was in front of my cameras, so this time, more. She'll be in at least four games in the weeks and months to come. Unfortunately, Episode 437 is all we'll see of Addie in the immediate future, but it's a good one.

@mfsbdb: Heather? I wish. I've tried. Believe me, I've tried so hard, but have been unable to schedule another shoot with her. I'll keep trying. As for Piper, you'll see her again this weekend in Episode 435. That might be it for awhile, though. I don't know if she'd be interested in another shoot, and also, she's already done just about all she's willing to risk doing (which, to be fair, was a lot for a 20-year-old video virgin.) I'm not sure where else she could go.