Now that it's safely April 2, I wanted to reiterate that my post of April 1 was not an April Fool's joke. An epic shoot took place during an epic party on March 31, and the episodes that will result will take your breath away. Meet the contestants, starting with the newbies: 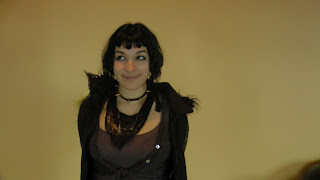 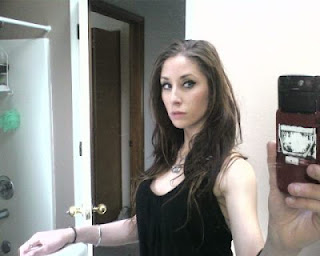 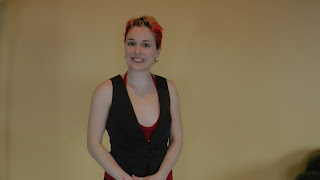 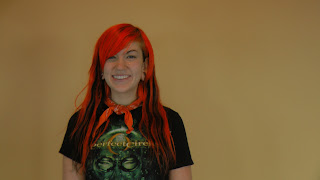 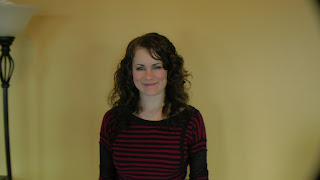 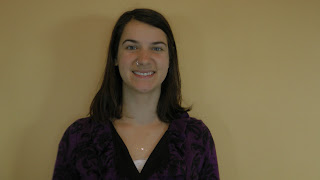 And let's not forget the gentlemen: 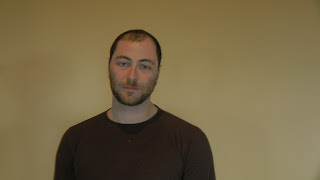 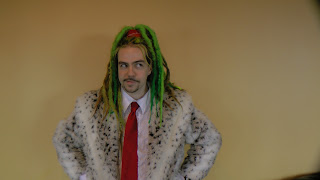 That's it for the eight newbies. Now for the returning players, here's someone we've seen a lot of: 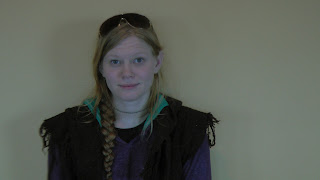 And here's someone we haven't seen in a very long time. People have asked if he was coming back, and I'd been forced to say that I didn't think so. Well, I was wrong, and he's back. 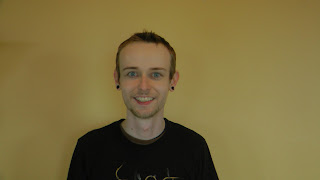 Awesome shit went down. I'll try not to make you wait too long for it.
Posted by Red at 3:26 PM

what are the odds that having a party with a cheering squad loosened the players up more than usual?

@shredder, I don't know if the crowd was a factor, but the players were about as loosened up as I could've hoped for.

Here's a quickie rundown of the schedule:

Game 2: Seven-player all-girl "strip spinner": a spinner is divided into 7 equal pieces and spun, loser strips. Two losers have to perform a special birthday surprise for my friend Mark. More details on that as the episode approaches.

Game 4: Ten-player "Hot Grapefruit", working title. It's like hot potato, except the potato is a grapefruit the players have to pass around using their necks. Keeping with the fruit theme, six losers get intimate with an assortment of fresh and delicious produce.

Game 5: Four-on-four "Team Champion." A game show type game where the teams are given short challenges to accomplish and pick a champion from their team to compete. The losing team of four was supposed to do the "ouroboros" oral sex circle, each loser giving to another loser while receiving from another. However, things didn't quite go as planned and things got significantly hotter... more on that later, too.

So I happen to have a major food fetish, and thanks to Lostbets.com I was able to have one of my many fantasy's fulfilled. LOVE produce in pussy!!!

If 'Skittles' was the recipient of oral he better have said 'taste the rainbow' or I'll be really upset with him.

ok, Red...
Starli has captured my imagination.
post more of her, please... and be quick about it.

Red, another very good looking group of women you've gathered here, and also a group that has apparently made very hot games. Any of them might become my new LB crush, but going by the photos, Aubrey is an early favorite. Can't wait for the videos.

can you get on of those. Im sure that would bring embarrassment up :). also hows the PoV games going?

sorry for double post but would this count as a naked forfeit or a bikini ;)

The girls look hot. The games look hot. Cannot wait for these games to roll on in.

the bikini you showed would be much fun.

I like the first bikini video the best, te one with the name "marissa" in the link. It actually "covers" her, so Red could technically parade the girl around in public. The other one is good, but she couldn't really go out in public as brazenly as with the first one. So Red, when are we going to get to see some tiny bikini in public videos? Any chance of a new venue, that hotel you've shot at where the girls go in the lobby is cool but any new places in mind? - Mike