Back in Episode 427, Johnny got his chance to fuck two of Bex, Piper, Zahara, and Sheri, none of whom had ever had sex on camera before. This week, it's Dante's turn as the same four girls compete at Trivia in Episode 430. It's a good one.

Next week things get a little softer as Angel, Catherine, and Lance race around the room playing Pod Stab in Episode 431. The loser gets very wet and messy as they're turned into a human piña colada, getting covered in coconut milk, shredded coconut, pineapple, cherries, and whipped cream. 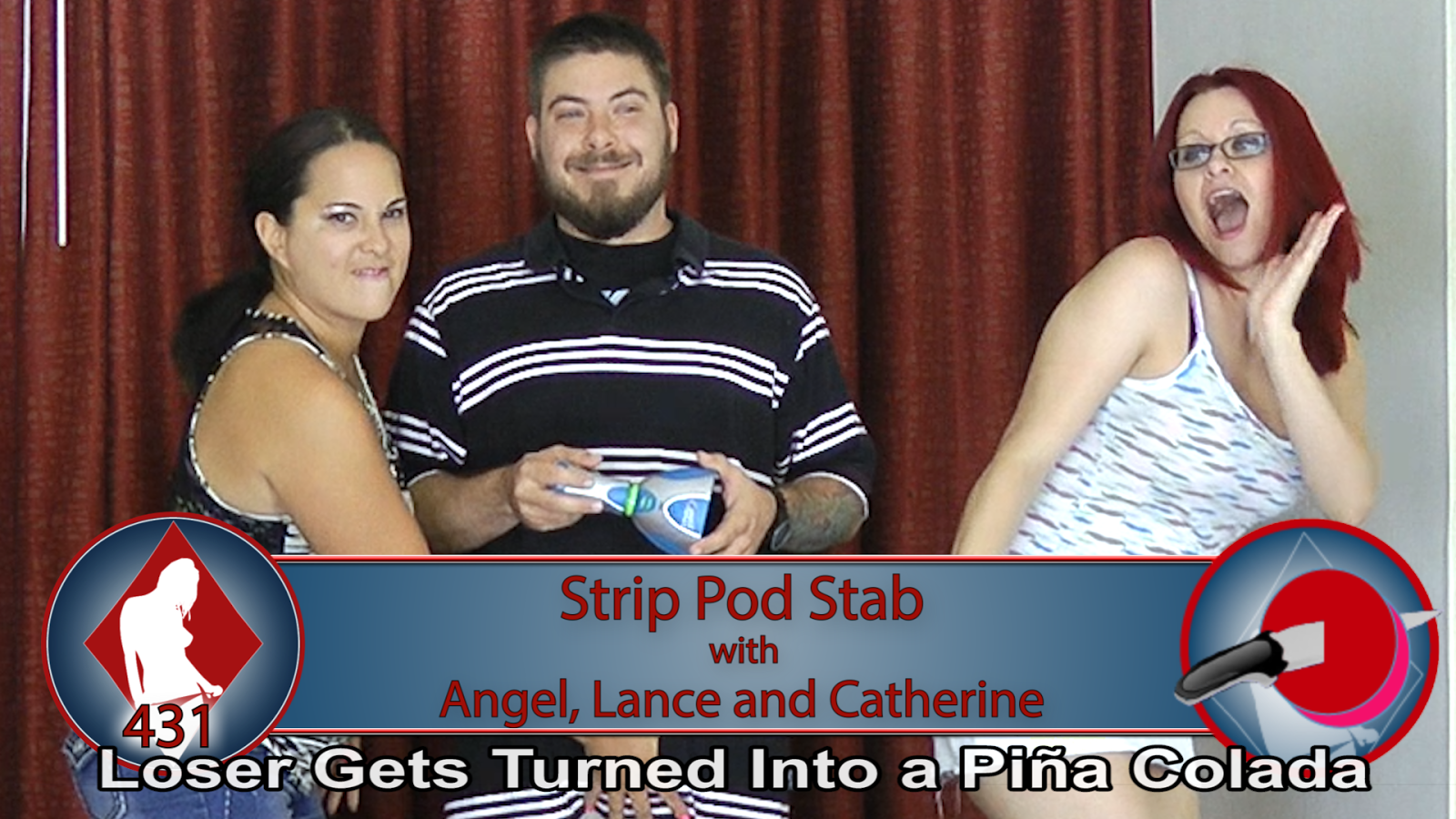 The week after, things heat right back up again in Episode 432. I've been teasing this one ever since it was filmed back in July, describing it as our most daring public forfeit to date. It's Bex (now going by the name Tobi) and Sheri back again, with Keenly and Sassy joining them in a special Halloween episode. There are three losers. The first two girls to lose are the "little losers", and the third is the big loser. After we knew who'd won and who'd lost, we all piled into cars and drove to a local car wash. The little losers had to wash the car, wearing extremely skimpy bikini tops and LostBets.com thongs. The big loser, well, let's just say she was inside the car. And so was Dante. What could they possibly have been doing in there? Hmmm...
Posted by Red at 11:17 AM

What happened to the debut of Sage? Thought you said she would be in October per the September 19 post.

So much for previewing povs :p
Anything good coming up?

Will we ever see the lovely Piper let up and have an orgasm? Seems a sybian, magic wand and even Dante's help don't seem to get her past the giggling stage. Maybe time for a tied wand forfeit, like those with Lily and Amber...

nice production this week. i hope its not the last we will see of zahara and sheri.

@Bob: Yeah, sorry about that. Sage was in the group that included Ashley, Harley, Hannah, Lela, Nikole, and Kym, which is why I announced that she'd be debuting with them, but I'd forgotten that she was a bit late and didn't make the first game. She'll be in Episode 433, to be published on 7 November. I apologize for the delay and I hope you like her when you finally meet her.

@PRD: Crap, I knew I'd forgotten something. This week, Sydnee returns in a game with multiple endings. Next week, I'll remember to preview P035.

I realize I'm pretty late arriving at the party, but I was just able to scrape the cash together to buy episode 425, and I wanted to add my two cents worth to the earlier discussion on the use of picture-in-picture split screens. While I found the shifting location of the insert to be a bit annoying, it wasn't that big a deal for me. OTOH, though, I don't see much point in giving us two simultaneous images of the *same* loser. If you're going to repeat that technique in other multiple-loser games, being able to keep track of what's happening with both forfeits seems a more entertaining use of that tech that multiple angles on one player - seems like we're missing something, otherwise.

Sorrow so late with the comment, but I figured I'd be overlooked if I backtracked these thoughts to the original thread.

Red,
Odd request, any chance we'll ever see Kris from Episode 57 back again or on a B-Side? We just saw her once and she barely lost a thing ...
Jack Casper

What is the forfiet for 435, is that the one that one of the girls didnt want to risk?

I have a feeling that if I ever meet these players, they're going to kick my ass. Now if we could only get cable TV to do game shows like this. ;-)

@LSD: No need to apologize for the time and place of your comment. As always, your feedback is appreciated, and it's a sure thing we'll comsider carefully before the next time we use PiP.

@Jack Casper: As a matter of fact, there is one more game featuring Kris and Yola. That was back in the day when Lost Bets Productions was a one-man shop, and it was just me and a single camera. I accidentally taped over the beginning of their first game, which is why it's never been published. I don't really have any plans to publish it, but I suppose I could make it a B-Side someday. At least these early single-camera shoots are quick and easy to edit.

@PQ: Actually, Rpisode 432 is the one that Sheri really didn't want to risk and had to be talked into. 435 involves a little co-ed humiliation.

Whoops. Folks, I goofed: today's POV with Sydnee only has one ending, not multiple endings. My bad.

Next week, I promise.