If you like making love at midnight in the dunes on the cape...

Fun fact: it's virtually impossible to work on a video about piña coladas without getting that stupid song stuck in your head. I hope today's Episode 431 was worth the incessant earworm torture. Angel, Catherine, and Lance play a physical game with the loser covered in a bunch of coconut-y, pineapple-y goop.

This is the one, by the way, that one of the players (specifically. Sheri) really, really did not want to have to do. She wasn't going to play the game, until Morgan convinced her that she'd only have a one in four chance of giving a beej in broad daylight. I can't say I blame her for being reluctant to take that risk. 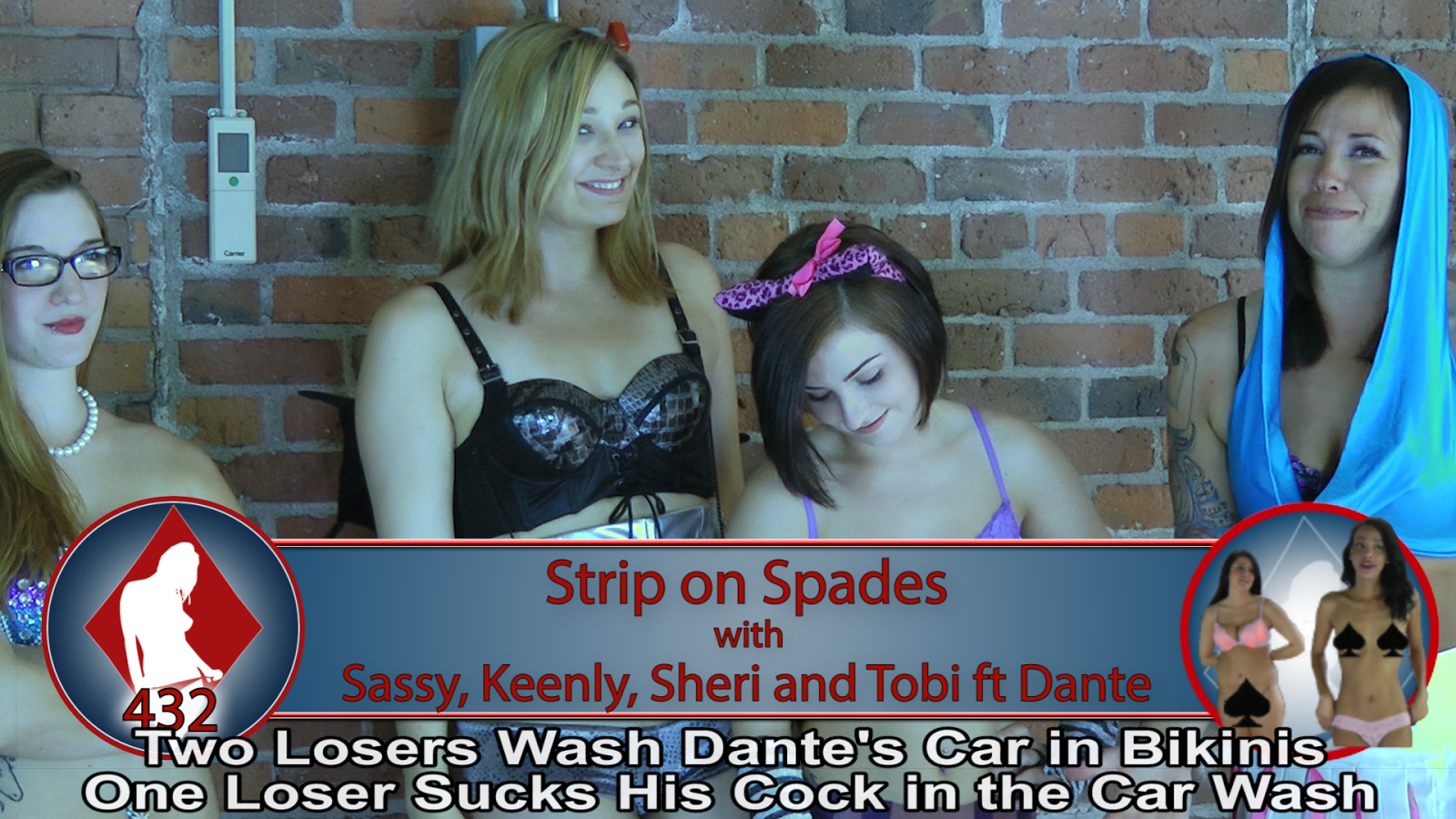 That brings us to November, which we'll begin with Episode 433. which features the same crowd that was in Episode 429 -- Hannah, Kym, Harley, Nikole, Lela, and Ashley -- plus adds new girl Sage. It's a quick game of Strip on Spades, with two losers once again spinning the Wheel of Punishment to determine their fate. 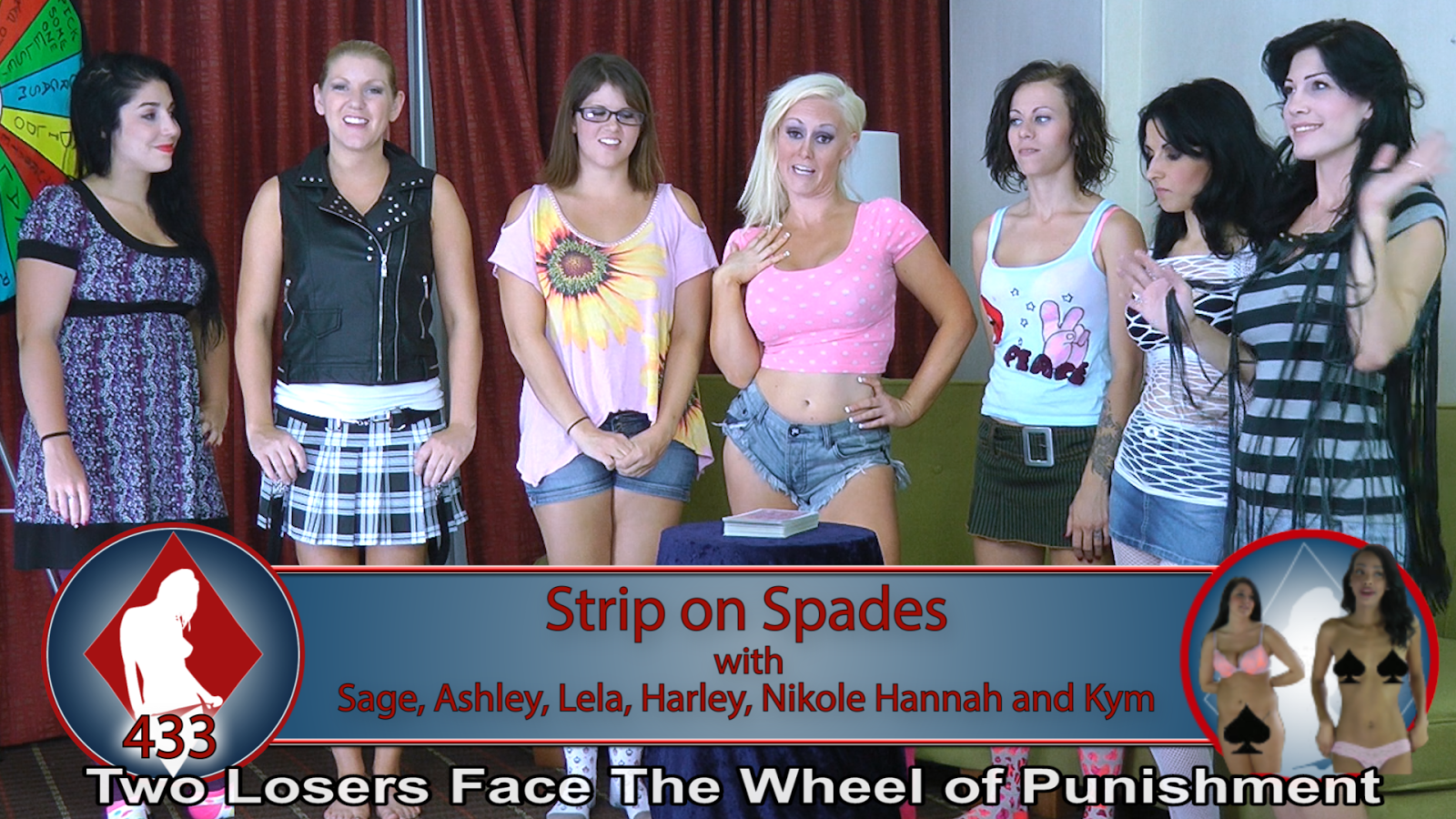 This week over at the POV store, Treasure and Starli are back for a two-on-one game in Ep[isode P035. Loser masturbates. Multiple endings (for real this time.) 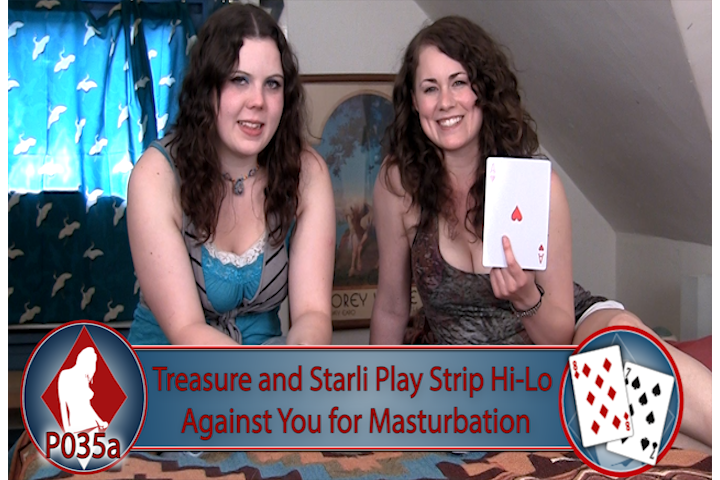 As this series (carwash) starts to go public, my curiosity with it is focused mainly to the "S-question"...

To say it XCOM-style:
We will be watching.

You have 3 girls playing a game to one loser with 2 guys watching. The losing girl have to take "The wheel of oralsex" The wheel is in this:

per the carwash episode: just a BJ? was hoping for a full on shagging, but i'll still buy it.

@CC: I admit, I'm a little perplexed as to what the "S-question" might be. I thought it might be whether a specific player loses, but two of these players have names that start with an S. Care to shed any light?

@swedishguy: Nice idea! Our wheel has 16 spaces, not 12, but I'm sure we can work something out.

I think it's obvious:
Yes, there are two "S" around.
But one was more adapt at avoiding the "hand" of fate (or those other extremities destiny, meaning you, put into play;-))
The other ran into Johnny recently...

@Lobstertube: Guess how you can squirt without a gun? I can think of a few possibilities, but they're all implausible, unsanitary, or both. If you can think of a way that's neither, let me know.

@CC: No spoilers before Friday. You'll just have to wait.

sorry Red. car blow jobs: been there, had that. it happens more often than you might think.

but three babes wearing thong bikinis, AND washing a car, in Seattle's weather is the more impressive feat. not sure how you found a day to pull that off. :)

@shredder: Actually, the weather here in Seattle is beautiful. We just made up the part about constant rain to scare away the Californians. Please don't tell them.

@Red
No need for anything like that.
I`d never read them if it`s something cool...

Red: damn, you guys are good. had me fooled every one of the 10 vacations i took there.
(i love the place.)

Looking forward to Friday. I'll side with red on this one. I was originally thinking there would be shagging too, but I get it. Pretty daring. Kudos to Morgan.